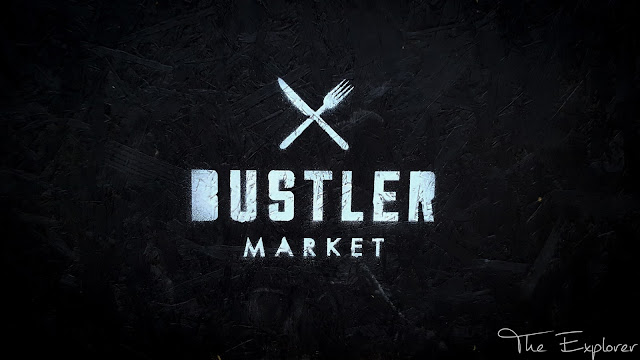 Derby as a city is not exactly synonymous with trendy events. The city has plenty of bars, restaurants, and things to entertain you for an hour or two – like bowling, the cinema or trampolining. But if you're looking for something to do that isn’t chatting to your mates in an overstuffed bar with a classic 2 for 1 cocktail deal, or doesn't leave you feeling as though you've actually just attended a 12-year olds birthday, then it falls quite flat. 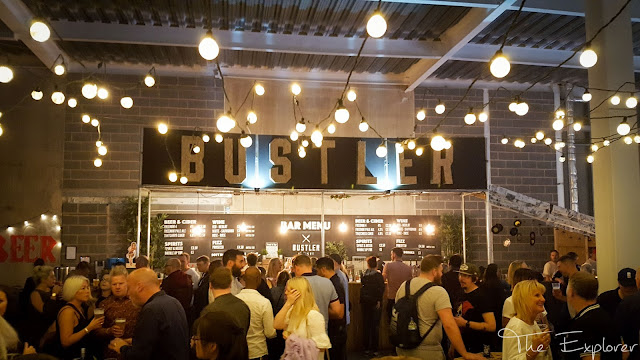 Brain child of Tom Erskine of Marketing Derby, Stuart Costen of Love Derby and Ben Edmonds of Blok Knives, the Bustler Market is a market bringing local, independent businesses under one roof for a monthly street food extravaganza.

Running since May this year the market has proven popular amongst the young, foodies, trend spotters and hipsters alike, proving that Derby can just about carry off cool. Since the very first announcement of it I have been dying to go, and finally, July was my month. 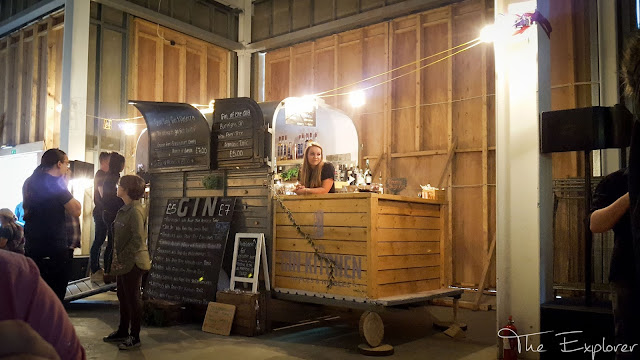 With a long overdue catch up with friends on the card, I made the offhand suggestion that we could meet up at Bustler and scope it out, so that's exactly what we did. It couldn't have worked out better.

Set in the Riverlights (on the riverside of the bus station building) it was ideal to get to, and as we rocked up there was a nice buzz to the place. With the location of the event being a little out of the way it gave the atmosphere a little bit of an underground edge, which Derby pulled off nicely. 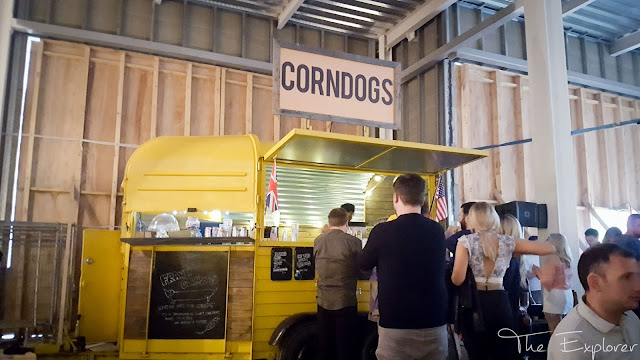 Inside was decked out in benches for sitting, barrels for leaning, lighting for ambiance and music for shouting through. All mixing together to create a great atmosphere. With the Market lined by the retailers, it didn't take long for us to grab a cocktail, decide on our food choices and take a seat. 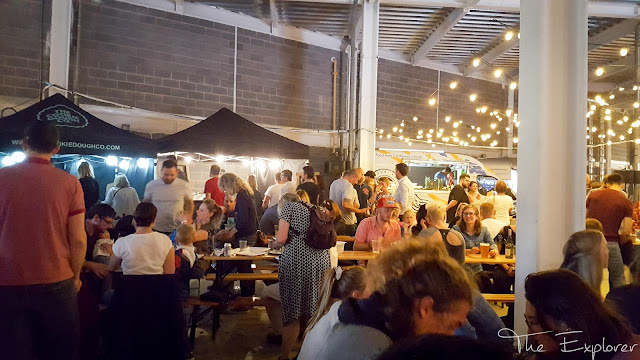 Due to the time we went some of the food was sold out, which led to some pretty big queues everywhere else, this only really affected one of our party who would have preferred to have gone with a Hide burger but decided against it because of the queue (we rectified that a few days later by actually going to Hide). 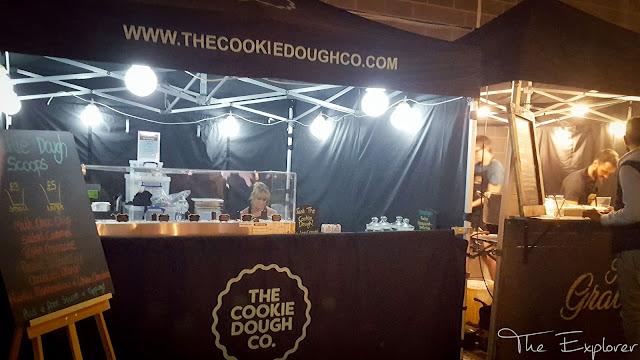 Naturally, I knew before I went what I was having. My heart was set on Poutine and my heart got it. This glorious Canadian delicacy may not look much but chips, cheese curds, and gravy sounds like a damn beautiful combination to me, and it damn well tasted like it too. Supplied by The Gravy Train, these little bad boys lived up to every expectation going. 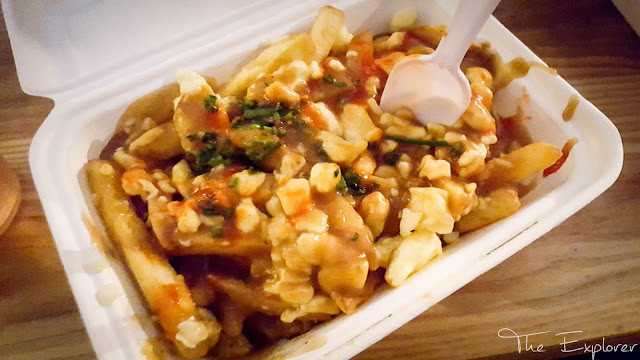 Once we'd devoured our first round and caught up a little bit we moved onto round two: The cookie dough. Scoops of raw cookie dough in a ridiculously large range of flavours topped with sauce and sprinkles. Mr M went for Salted Caramel with chocolate sauce and fudge, while I opted for Nutella with chocolate sauce and more chocolate on top. It was as naughty and delectable as you'd imagine it to be. We stayed for a while longer catching up before moving on to a bar (with a classic 2 for 1 cocktail deal on). 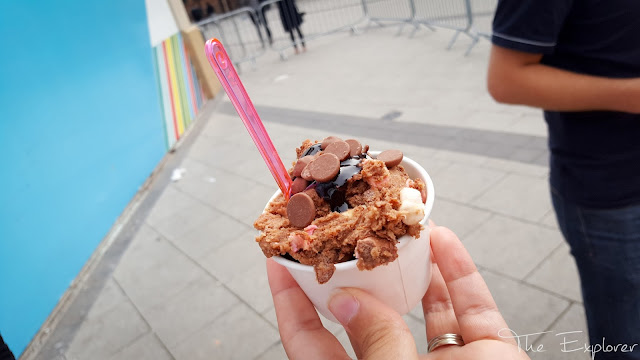 If you haven't managed to get to a Bustler Market yet put it in your diary for August 25-26. If it's been on your to do list and you haven't gotten around to it yet – do it! I'd recommend getting there early. We went at 6.30pm on a Saturday and food options were limited, so if you want all of the options to be open to you need to get there early. 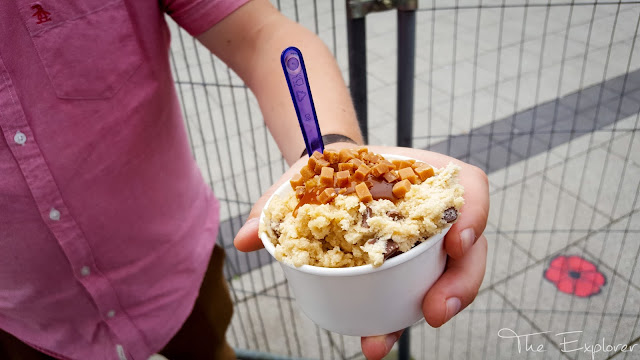 It's great to see something like this cracking off in Derby. Our sleepy little city needs a helping hand to get going and this certainly does that. It's a real breath of fresh air, and I for one hope it's here to stay.
Labels: Bustler Market Derby Food Foodie