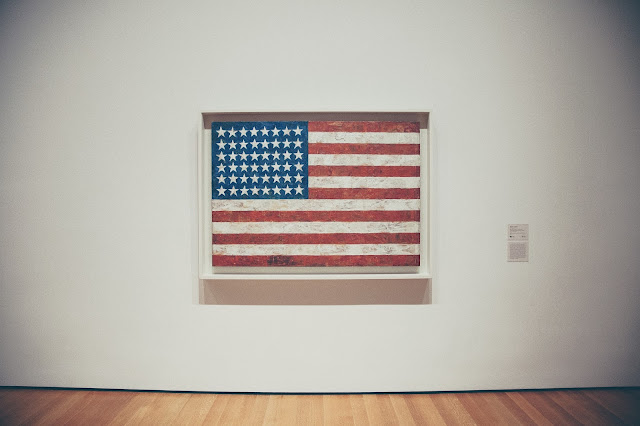 So here’s a big one coming at you today.

This was originally destined for my private Facebook page but it felt somehow different so I’m putting it here instead. This is going to be unlike anything I’ve ever written on this blog so buckle your seat belts.

Today’s mood has been sombre. To say the least. Everywhere I’ve looked there has been dismay, horror and general unease about the results of last night’s presidential election. Before the voting stations opened there was a general air of “oh, it will be alright”, much the same way it was when it was Breakfast Brexit. But just like Brexit we woke up and the worst had happened.

Trump is now the political leader of the USA, the number one most powerful country in the world (reference - if you need it). How could someone who advocates building walls to implement a race divide, advocates assassination and imprisonment of a political rival, brushes sexual assault off as “locker room talk” and is under investigation for rape of a minor become, effectively the most powerful leader in the world?

Easily, it seems. When Michael Moore warned that this election would be used as a big f*ck you in the same way Brexit was, he wasn’t wrong. People are angry. People feel as though nothing is moving forward. People feel as though their lives are deteriorating because our governments just can’t figure it out. I can’t speak for the US because I don’t live there but if it’s anything like the UK anger at the institutions being allowed to fail, young people being priced out of the housing market, couples holding off on starting a family because they can’t afford it and all round poor economics which is seeing the pockets of the few lined whilst the rest of us work our arses off to keep our head above water, is a huge factor in why the f*ck you was needed. The voice of the society isn’t getting through the skulls of the people in charge. And it’s frustrating.

If you’re anything like me at the minute, you are sat thinking “What the hell happens next?” “What if the great tangerine hits the panic button?” “What if it happens over there like it did here, what happens to all of minorities?” “What happens if the 20’s comes back minus the progressive bits and the fabulous fashion?!”. We won’t know. Hopefully all of the panic is a waste of time at the reality of being a Politian calms him and the waters down. I can’t help but feel as that’s unlikely with Pence behind the navigation wheel.

As it stands at the minute we’re living in a limbo. Until the Brexit issue moves forward and Trump has had a few months in power we won’t know what the next step is. It’s the worst feeling but at least at the minute nothing is set in stone, and that can only be a positive thing. The only thing left to say or do is to hold on to what you’ve got. Hold on to your family, friends, partners and keep loving. Even if their views aren’t the same as yours. I’ve already witnessed blow out arguments over this. It isn’t worth it. Tolerance is vital.

I honestly can’t say how flabbergasted I am that Trump won. I can’t believe after all the things he has said and done that 50% of the American population thinks he is a worthy leader. When people are questioning how can they explain this to their children it's clear that this isn't a positive to the situation, but panicking and turning against each other over differed opinions is never going to help.

But there is a little bit of positivity that came from the election. Just the smallest, tiniest glimmer of hope flickering away in the background, going unnoticed. There were a good amount of historic firsts that have happen in this election. They are small baby steps towards a positive. By no means does it take away the deep rooted concerns but it is proof that there is still hope to be had - all is not lost.

At this point it is our duty as humans, American, British, French, African, whatever, to keep the good alive, if we feel it is dead. Thrive on the hope. Political unrest is not unusual. It is not un-survivable. We have done it before in this lifetime, and we can do it again if we need to. It is the courage of kindness that we must hold dear. It is the support in a moment of abuse that we need to be there. It is the understanding that some of those amongst us feel they need to fight harder than everyone else, and the support you give them with that. It is open mindedness. It is the understanding that we are not the same and yet entirely the same that needs to keep us together. It is not about agreeing with each other, it is about understanding that we are all human. It is about humanity. This is just another chapter, one that will pass, one that will be fought and one that will make it into the history books. We are not the same nations we were in the 40’s. We are not falling apart at the seams just yet, as much as it feels like we are.

In the interest of being totally honest, I am a fine one to talk. I genuinely fear what is about to happen to the world. Nothing is reassuring. BUT. But, worry solves nothing. As it stands now we are fine. We are just witnessing shoddy politics. Time will tell if we need to worry, but for now we buckle down and keep going. Be supportive, be kind, and fight for what you believe in.

There are so many intricacies that I could go into, that on this day 27 years ago the Berlin wall was brought down and today the man who wants to put up the same in Mexico has been elected. That, and so many more, but the real fear behind all of this isn't about him. It's about what he represents. It's about the hate, the racism, the sexism, the homophobia, the inequality. That's what's truly scary. And ultimately no one in the world has the ability to take our tolerance away from us. It's up to us as a society to fight hate of any form and support each other. We just need to stay calm.

Now, I’m going to go and waste some time playing on number 10 and blast a bit of David Guetta and Sia down my ears; maybe banging my head against the wall might actually help.