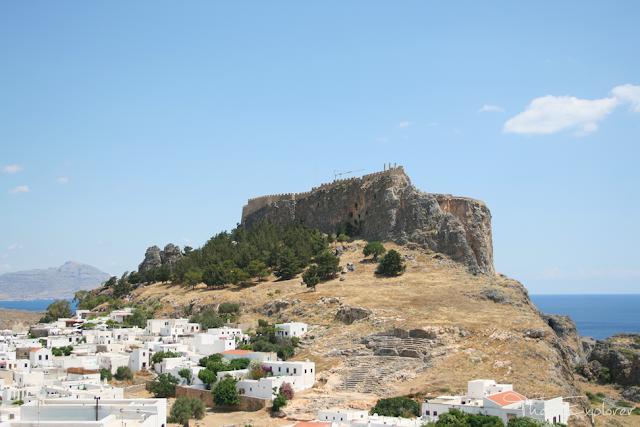 Sat at the very top of Lindos there is the famous Acropolis. An ancient town fortified by the Greeks, Romans and Ottomans, amongst others. It is steeped in history and promises stunning views of the town and surrounding coastline. 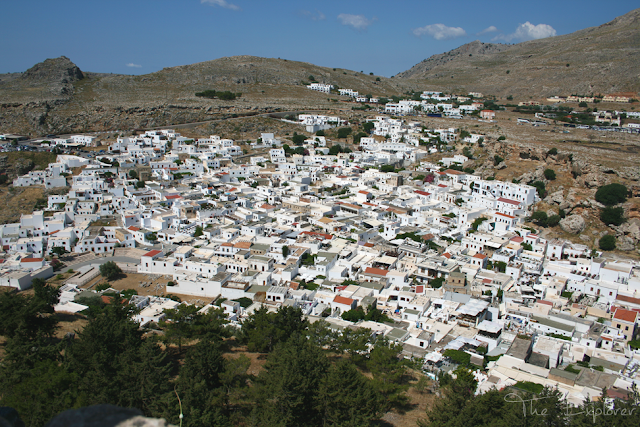 It also has 297 steps, which I have now climbed no less than three times.

With Mr M never having visited Lindos before it was only fair to make the journey up to where the Greek gods sit and experience history being retold in the Greek way, that is to say, barely at all! 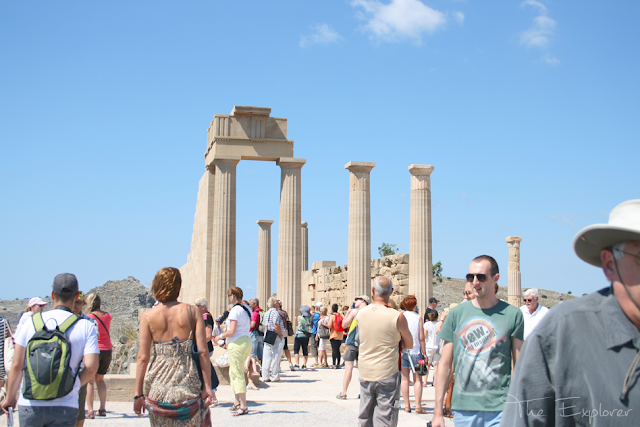 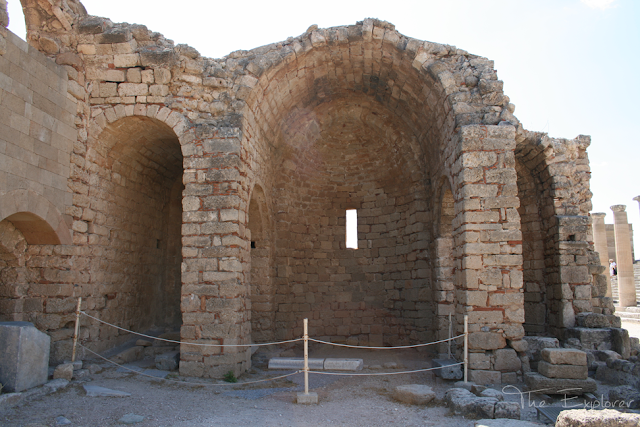 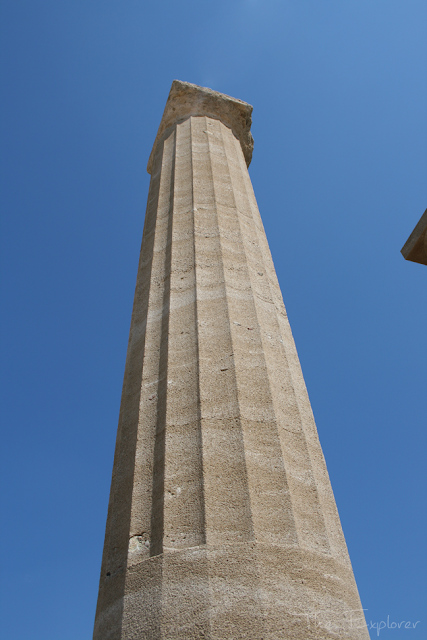 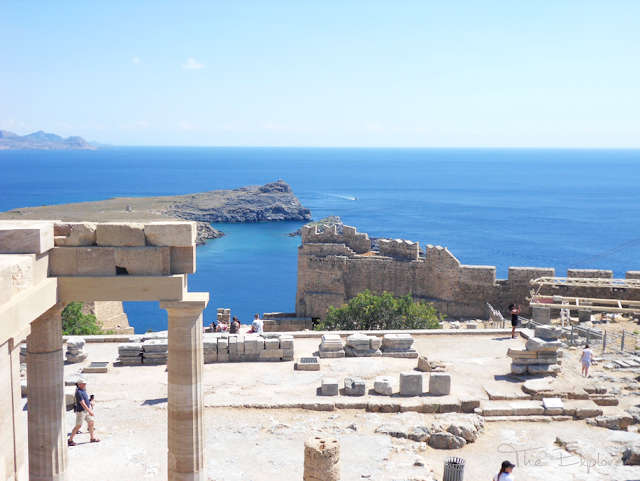 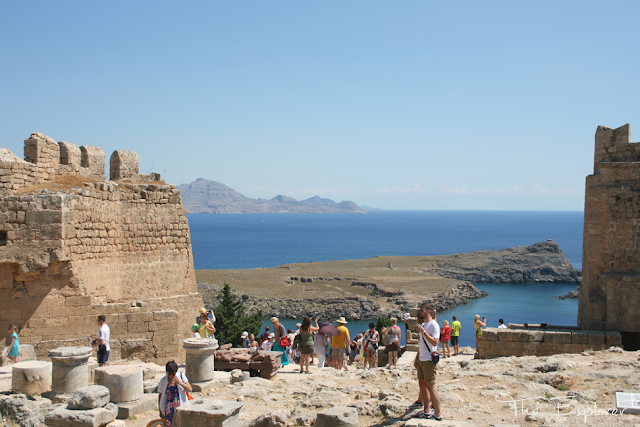 Look at this brilliant picture....of tourists ^ 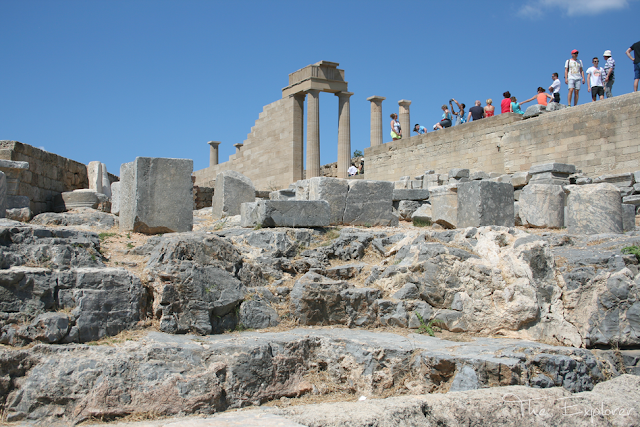 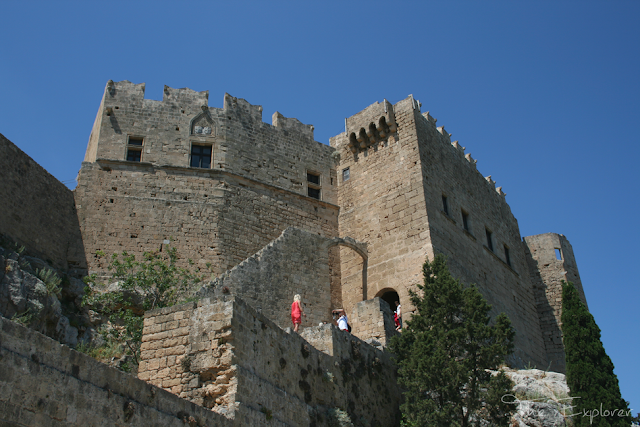 After learning that there is little confirmed history about the Acropolis due to the various inhabitants over the centuries rewriting its history, and giving up attempting to get a clear shot of any of the architecture Mr M and I decided to give up fighting it and became tourists ourselves. 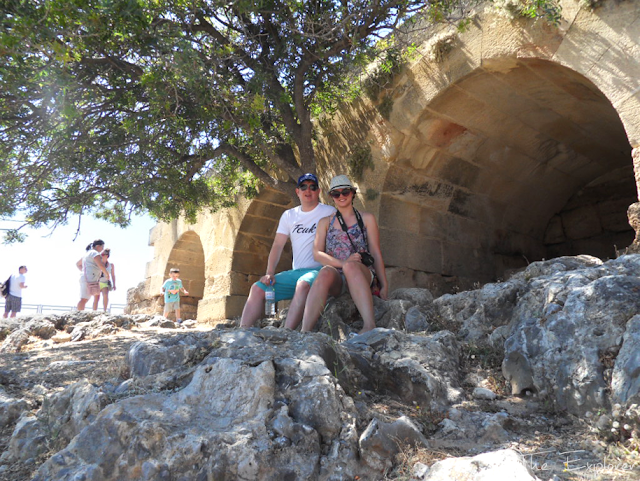 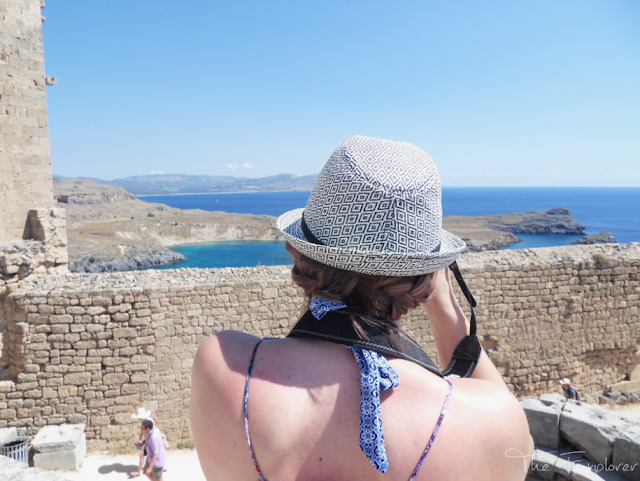 Damn tourists getting in the way. 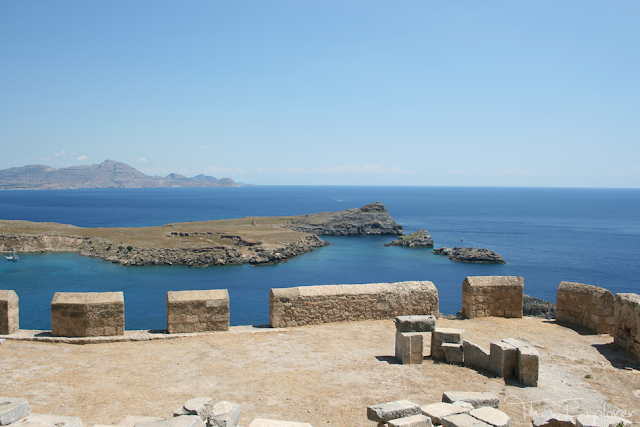 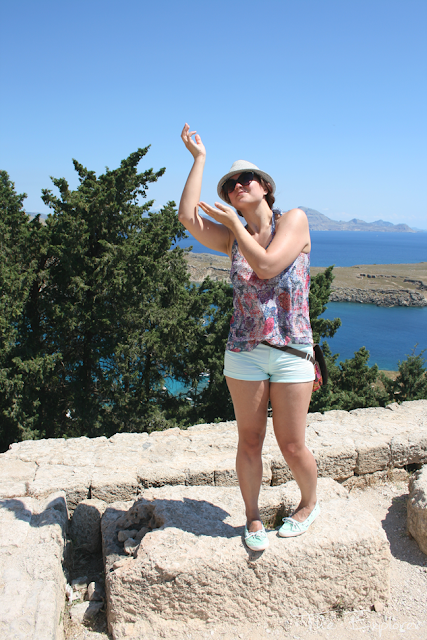 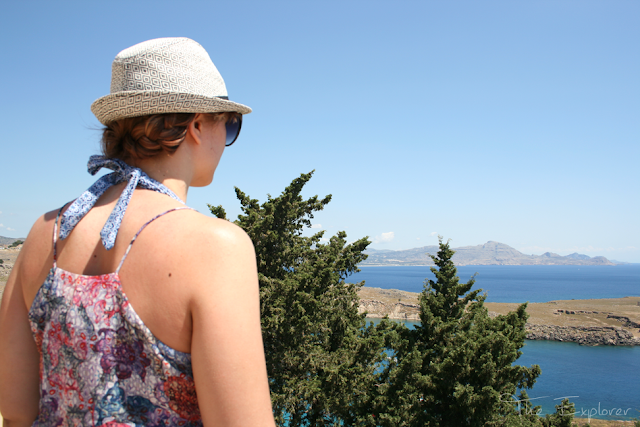 The views really were remarkable, and the turquoise ocean looked incredibly inviting, especially in the midday heat. 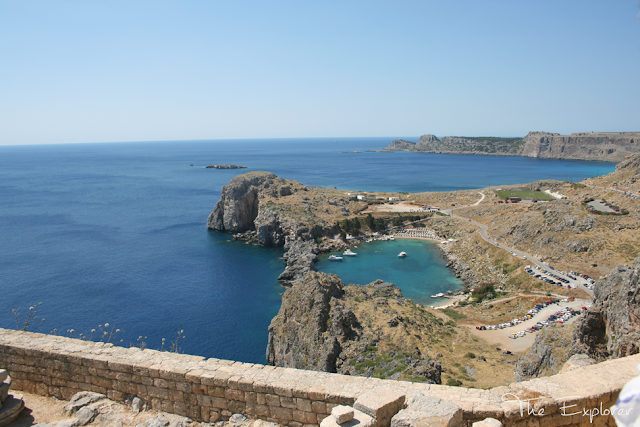 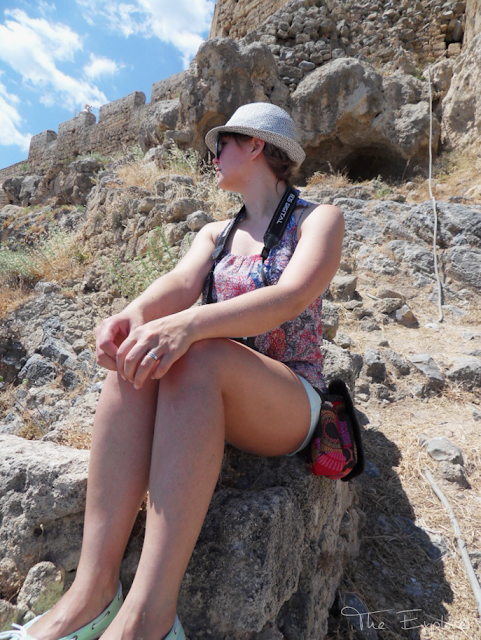 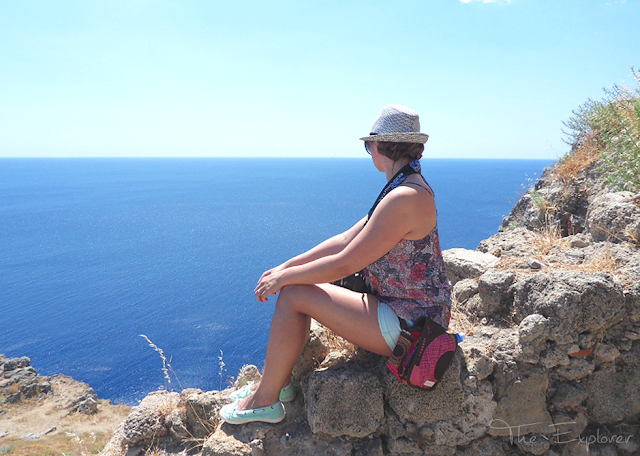 So, having had our fill of being tourists, we headed back down to the shade of the town passing donkeys as we went, and headed to the beach. 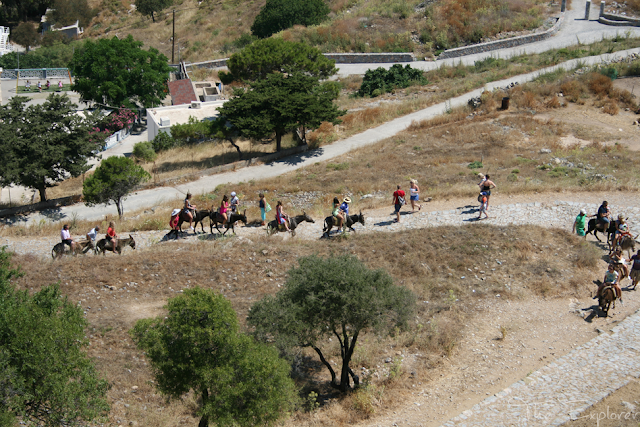 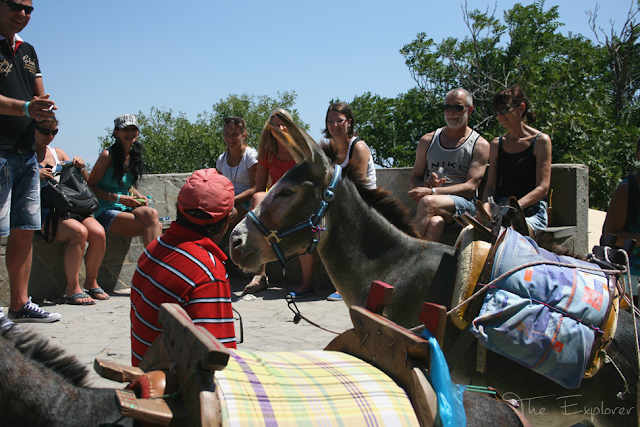 There is a beach on either side of the Acropolis. On one side there is the natural, white sandy beach that is the favoured one amongst the masses, and then there is St Paul’s bay on the other side. 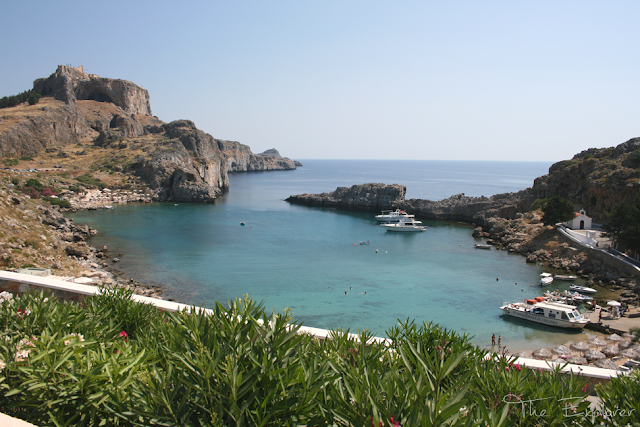 So named after the idyllic little church nestled into the cliff side St Paul’s bay is a naturally enclosed beach, which could almost be a lagoon. The original natural beach has been extended and carved into the hillside to form of huge sand covered steps. 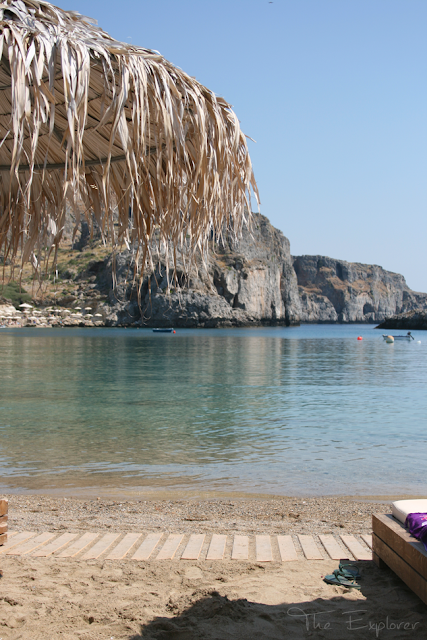 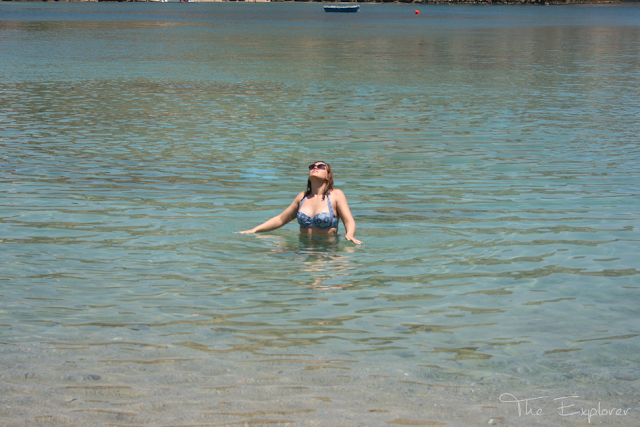 St Paul’s bay is one of my favourite places to visit in Lindos. Whilst not deserted, the beach is certainly quieter, the water is crystal clear and the way the rock faces curve around gives you a sense of being in a comforting little holiday bubble.

And, who doesn’t like being in a holiday bubble?

*No posts about my holiday in Lindos are sponsored. All travel, accommodation, food, restaurants and day trips were paid for by myself and/or Mr M. All views and opinions are my own.
Labels: Acropolis Adventures Beach Becki Explorer Holiday Lindos Rhodes St Paul's Bay The Explorer