I guess you could say I'm late to the party with reviewing this one, but having read One Flew Over the Cuckoo's Nest just last year I guess I'm destined to always be behind! And, anyway, this may just jog a few memories and get some people reading this again, and let's face it, that can only be a good thing! This book is pure genius. I read it over a year ago now but it’s one of those that keeps you coming backing time and time again to read. As Jonas Jonasson’s debut novel this has paved the way for a spectacular career (I can say this with confidence having recently read his second novel and will be reviewing it soon…..this may or may not be why I am reviewing this one now!). The Hundred Year Old Man Who Climbed Out of a Window and Disappeared is a hard book to ignore, primarily down to its monolithic title, but what a title. Instantly getting you on side with the promise of a rebellious old man this novel, I guarantee, will captivate you from the very start. 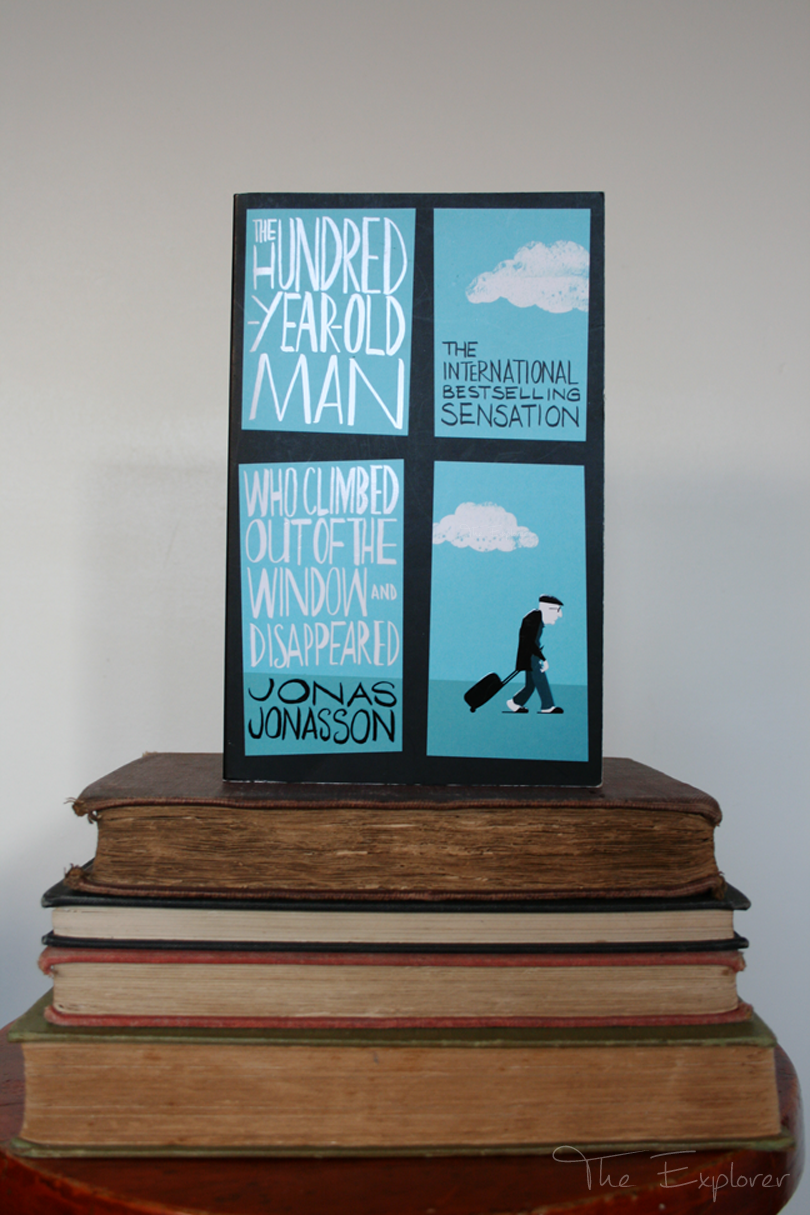 It is the story of Allan, an elderly gentleman who is living in a residential home and is about to attend his own 100th birthday party. As the title suggests, therefore I cannot be blamed for not giving a spoiler alert, Allan decides that he doesn't want to be at his own birthday party so he climbs out of his window and ...shockingly ….disappears. Between drug barons, police searches, and a runaway elephant Allan finally ventures his way through life as he intended it to be; exciting and unpredictable. All in the most hilarious ways. There are some unpredictable, and almost ridiculous, plot twists that leave you constantly uttering the words "after this page.....". The ridiculousness of some of the twists is so real and Jonasson’s writing is so grounded that it makes the events almost conceivable.Almost in a ‘so bad it’s good’ kind of manner, only it isn’t bad, not at all, it is pure brilliance. Alongside Jonasson’s fantastic humour he has a great ability to slide in history and politics without it getting laborious. Slipping it into the story in a Forrest Gump style manner, and writing in such a matter of fact way Jonasson makes even the most complicated of politics easy to follow and understand. I adore this book. The underlying messages that Jonasson lays the subliminal foundations for are ones that we've have all heard before, but never in this way. He has a talent for hitting you hard whilst you are laughing hard. It fits so perfectly into every category a book should; captivating, hilarious, light, but with impact, and most importantly; resounding. There is a definite place for this on everyone’s bookcase and I could not recommend it highly enough.
Labels: Becki Explorer Books Jonas Jonasson Lifestyle Reads The Explorer The Hundred Year Old Man Who Climbed Out of the Window and Disappeared