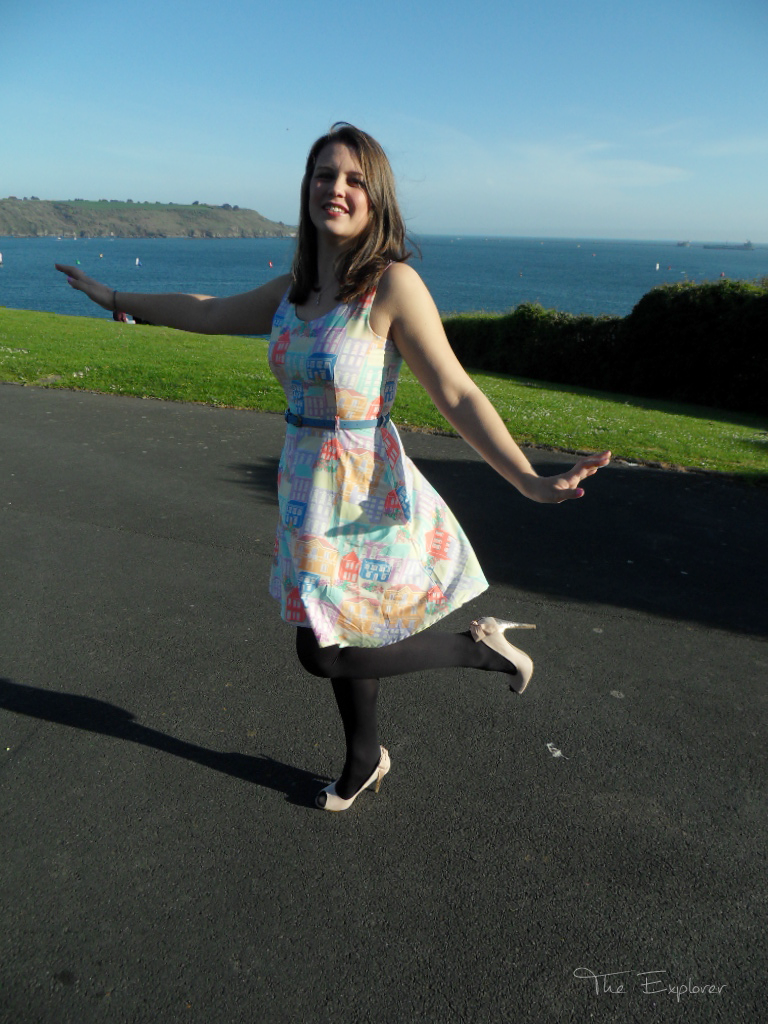 I am just going to open out an say it; I love T K Maxx. I am not ashamed. T K Maxx is pretty much the only high street store that I shop in. I have a big thing about throw away fashion - something I'll cover later I'm sure - and I hate that when you shop on the high street you know your buying things with a short life expectancy. For me that's where T K Maxx comes in, for a start it's cheaper (The last pair of jeans I bought in there were a pair of Levi's at £29.99, went online when I got home and saw them on the Levi website for close to £100), and for a second I feel like there is less of a chance of walking into four other people wearing what I'm wearing when I go out. 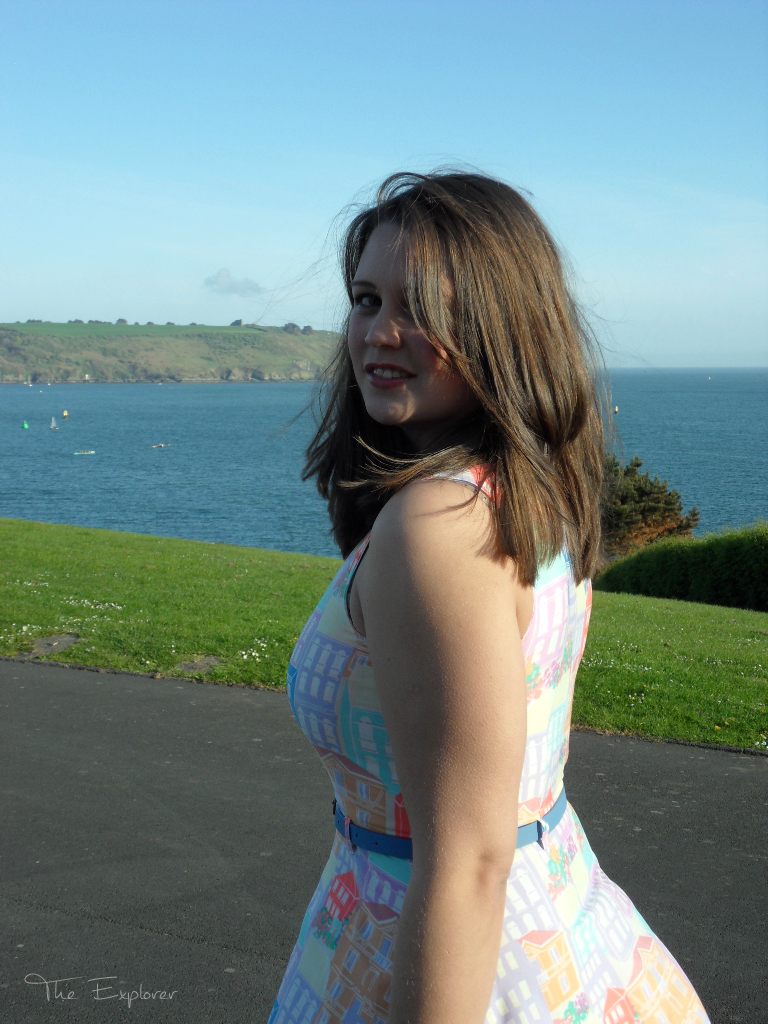 Anyway, I digress. As you've probably guessed, this dress is from T K Maxx. I'm not all that big on doing Outfit Of The Day posts, primarily because "OOTD" really annoys me and I can't think of a clever alternative, but also because I wonder who truly wants to know what I wear?! 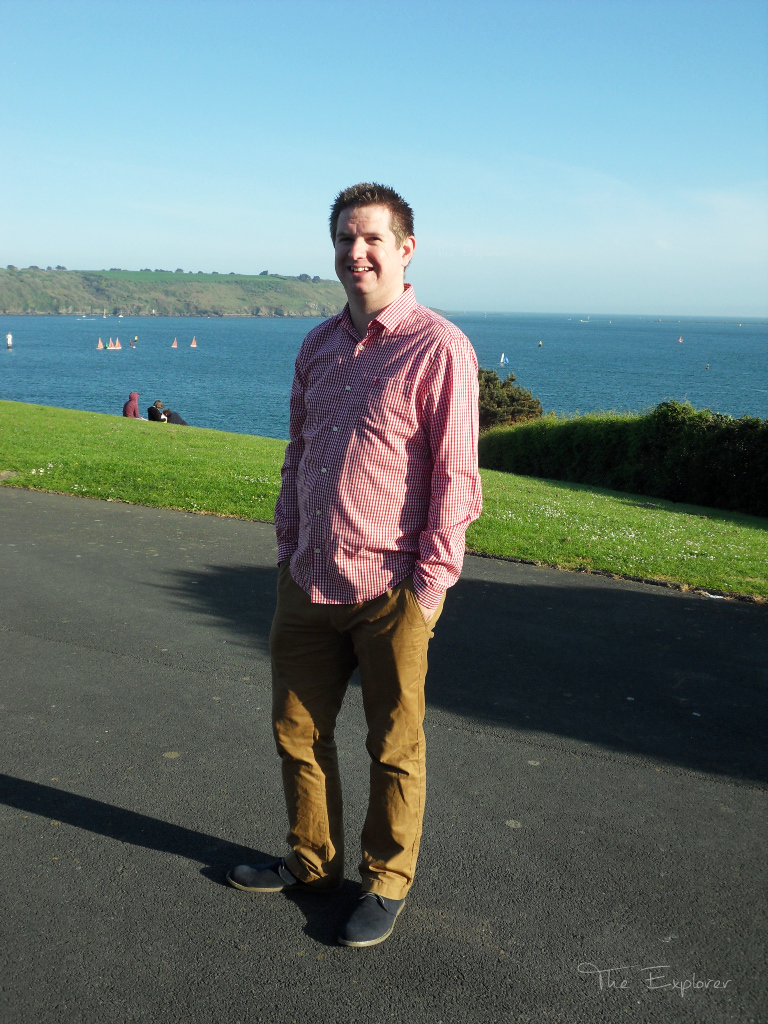 Mr M's shirt is also from T K Maxx (he's a convert since they have opened a new store near to us and have "tidied up the jumble sale"). It is a Penguin shirt and I think it suits him. 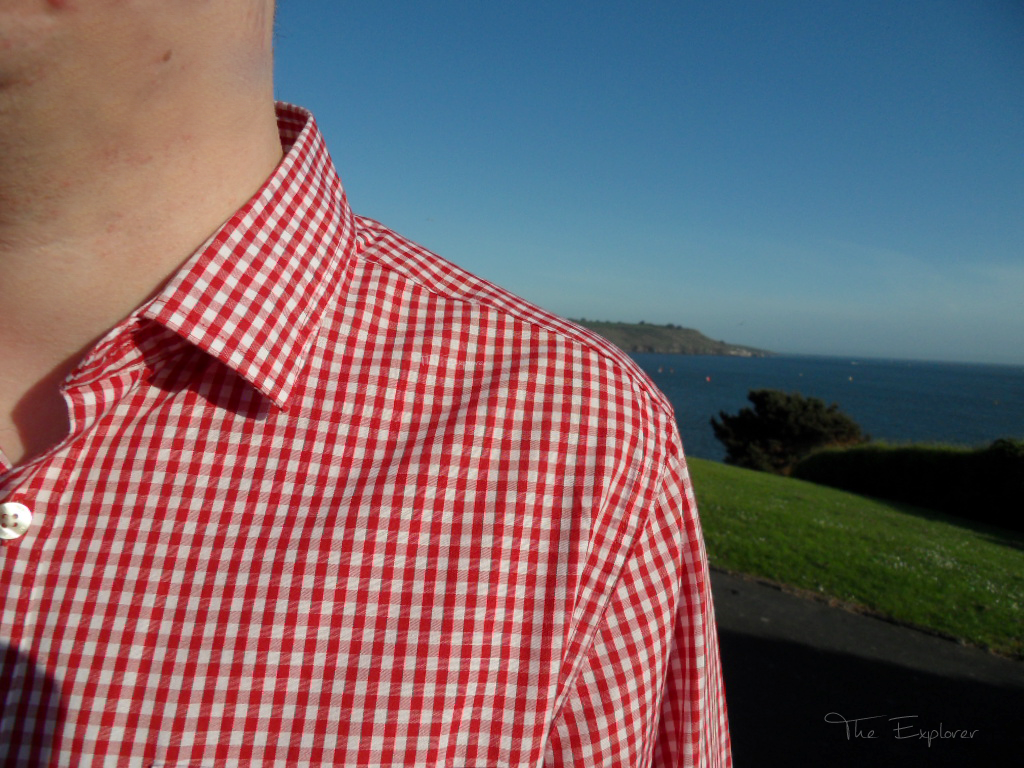 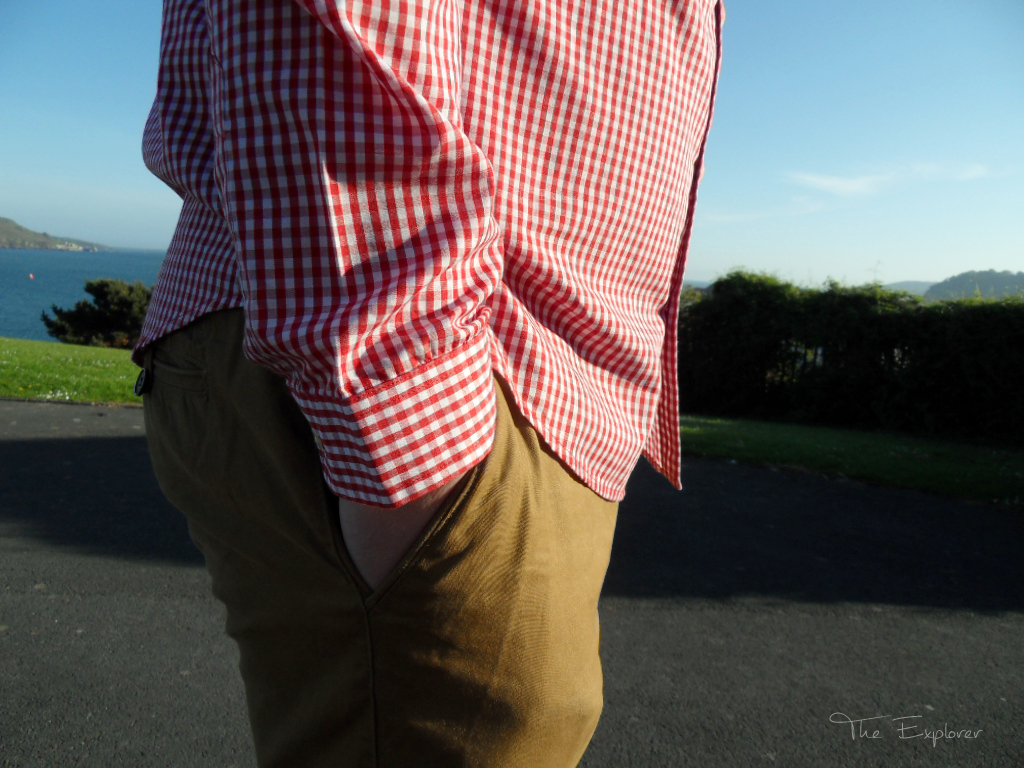 And, would you look at his boots?! He loves those boots. I do not love the chorus of Blue Suede Shoes that comes with them but hey, who am I to rain on his parade? 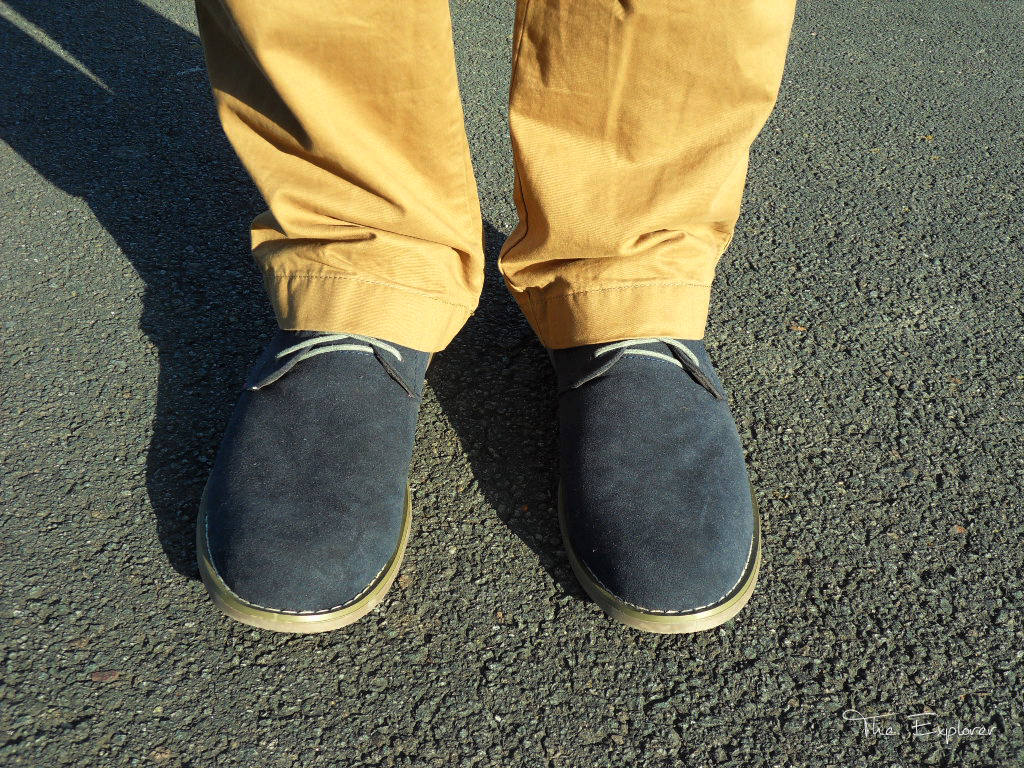 Well, this dress is brilliant, a bit tight around the boobulars, but brilliant. That's all there is really to say. It's not something that I ordinarily would go for. The print is bold, and there is a lot of colour. But I have been bitten by the pastel bug and this dress is a full on injection of pastel. 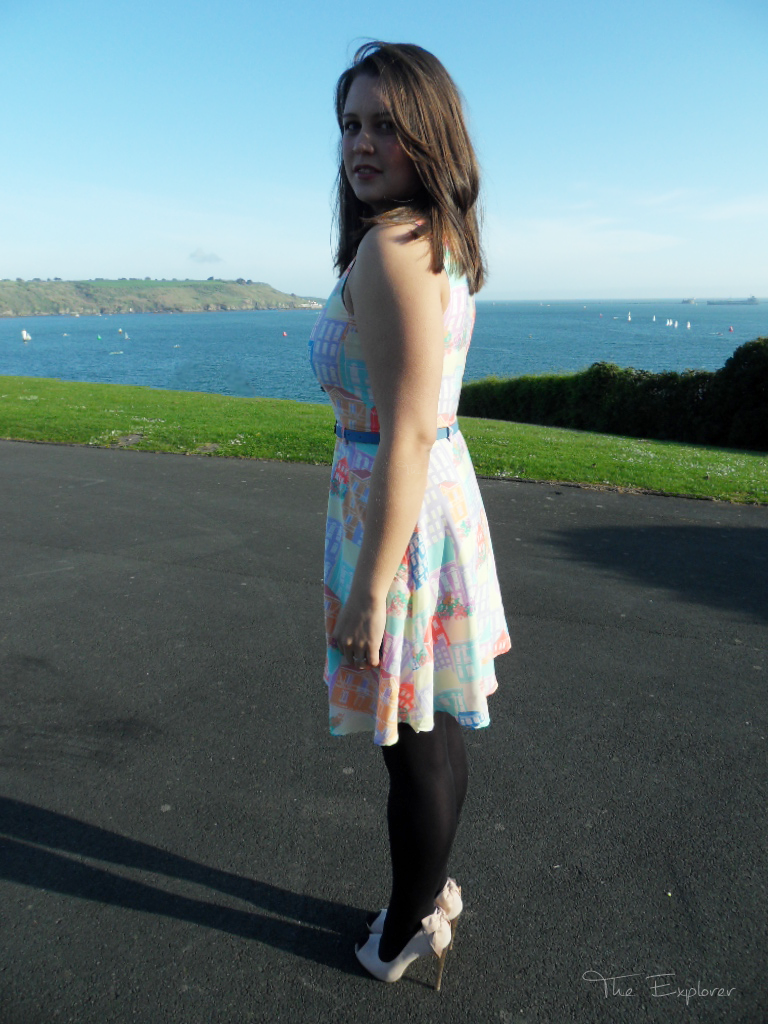 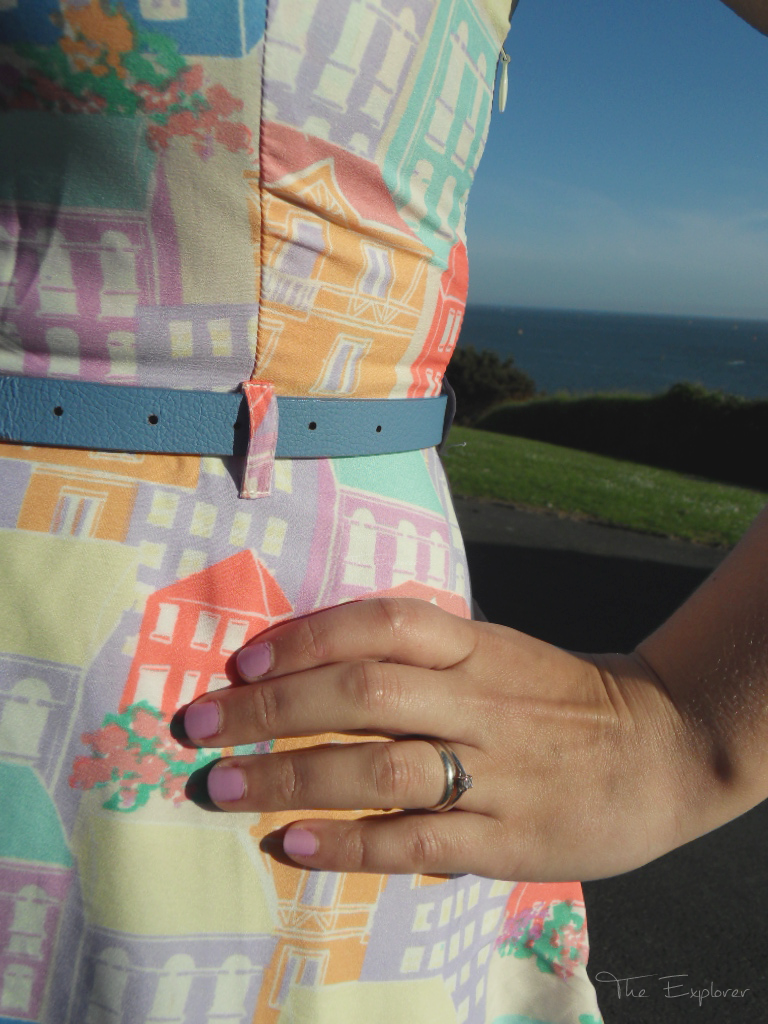