So, I'm coming at you with a little somethin' somethin' different today. Namely pants.

There is an ever increasing awareness of High Street stores having massively differing sizes. You can walk into one store pick up three pairs of jeans in the exact same style and size, take them into the changing room and come out with only one pair that actually fit. Or, most interestingly, you find that you are a size smaller in one store than you are another. This is Vanity sizing.


Having recently had an excuse to pack for a trip away I had the stereotypical moment of having the entire contents of my wardrobe strewn over every surface of the bedroom. Of course, a two night staycation calls for nothing short of four pairs of shoes, four pairs of jeans, two dresses, and enough tops to clothe a small, yet style concious, army.  Predictable? Certainly. Horribly conforming to the stereotypical "woman's packing"? Sadly so. 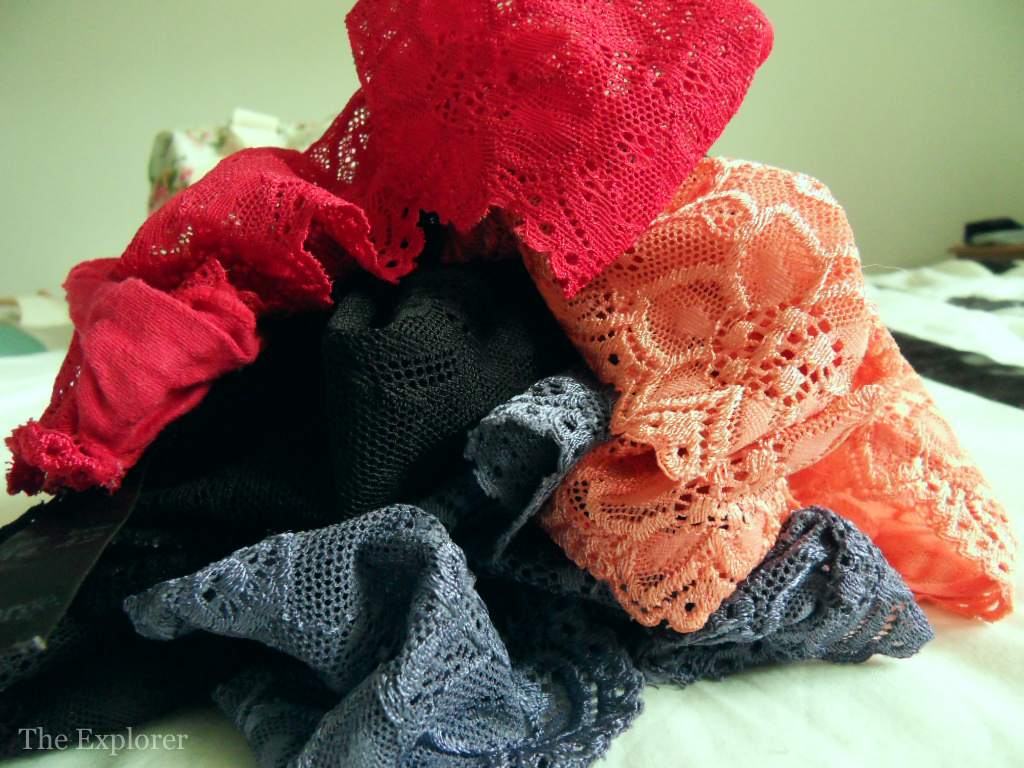 One of the many things that I had piled around me was a pile of  pants. Knickers. Undies. Whatever you want to call them. I had a pile of 'em. Now, I'm a stick-with-the-one-you're-with kind of girl and tend to find that I just buy the same style as I did before, usually from the same place. What can I say? I know what I like! It was at this point of looking at the pile of nigh-on identical pants, bought over the period of two years, that I decided I wanted to neatly lay them on top of one another. So I did, and for the first time I actually realised just how dramatic Vanity Sizing has become. 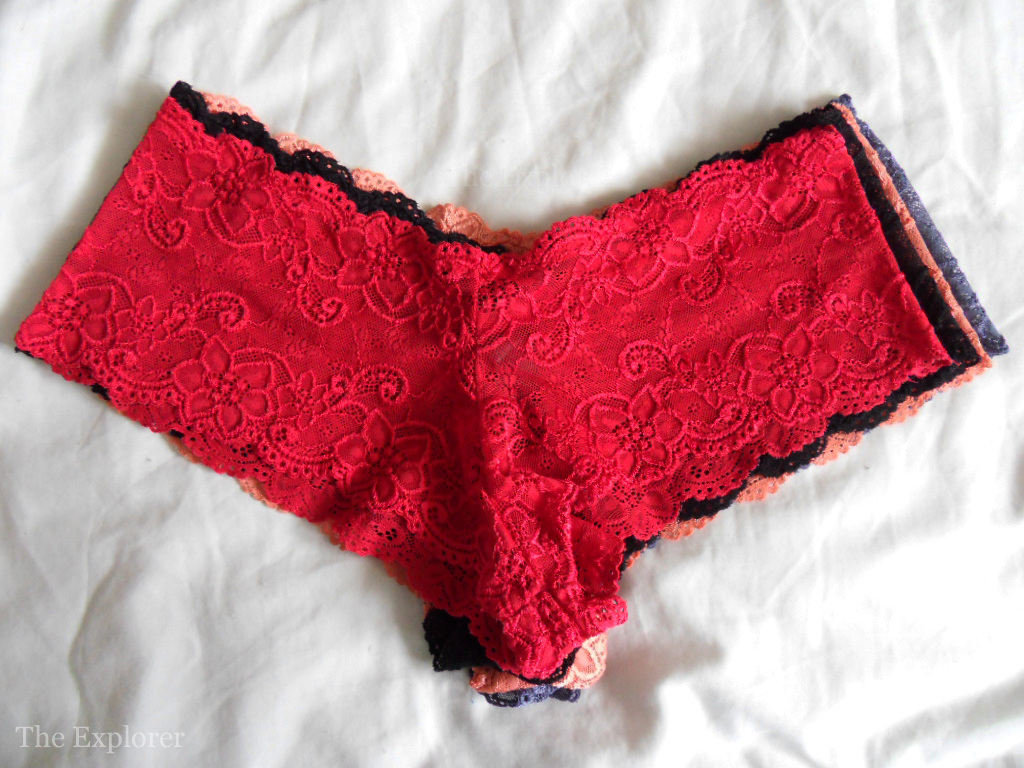 These pants were all bought from the exact same store (which surprisingly isn't Primark) and the only difference between them all is the colour and date they were bought. The ones at the bottom of the pile, and the biggest, are actually the newest pair. The pair at the top are the oldest and not surprisingly the further down the pile you get the newer the pair. Technically speaking the oldest pair should surely be the biggest, having been worn a billion times and stretched over time? 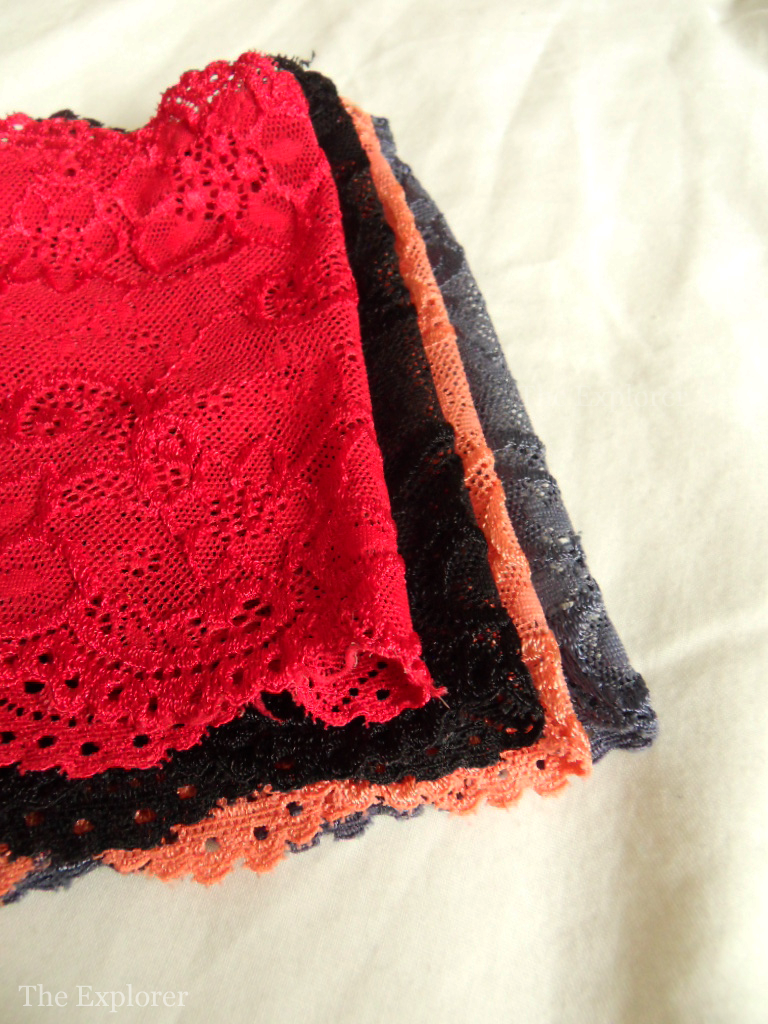 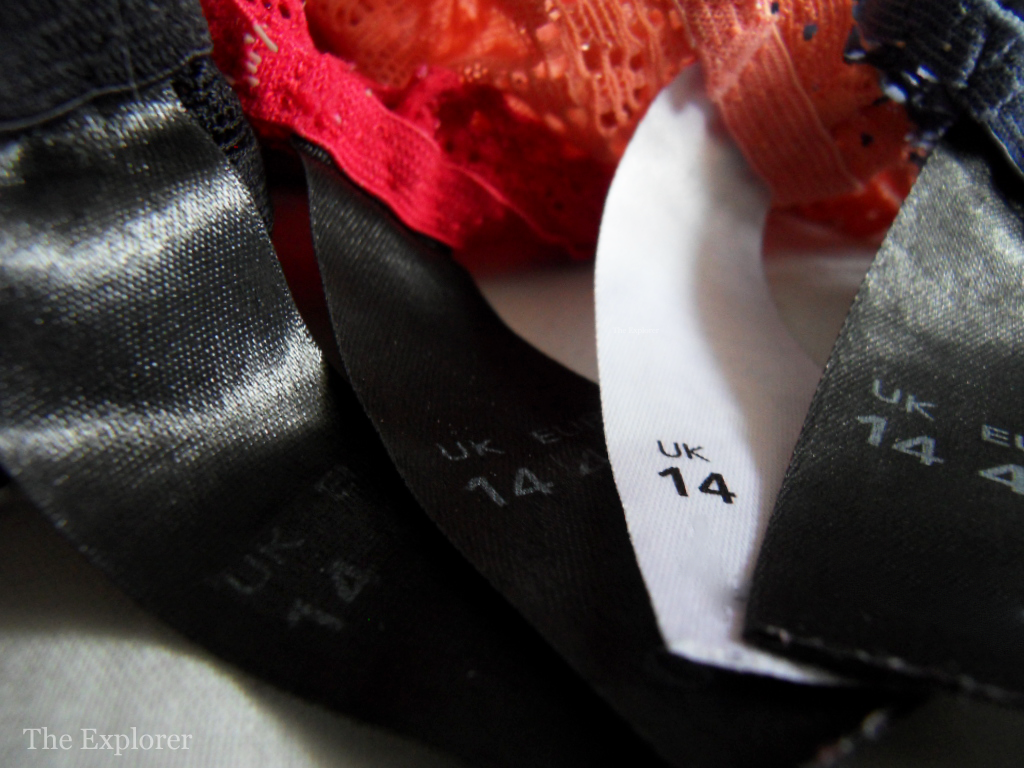 However, clothing sizes over the decades have grown in inches:

From a Vogue Knitting issue in 1956 a size 12's measurements:

From the Asos website yesterday a size 12's measurements:

I agree that times have changed and society has moved on but it's obviously not across the board, and sizes are obviously still gaining inches. Whilst you shouldn't worry about numbers; we do, and it's only natural to. And, aside from worrying about size number just look at the inch difference between Waist and Hips now in comparison. There's a ten inch difference compared to the eight inch difference of the "curvy" 50's.

I can't help but feel that this leads us as a nation into a false sense of security and as a direct result our waistbands are expanding. I'm not saying that we are all gullible and blindly follow where we are led, but the evidence is out there that we are getting bigger. It's a viscous cycle that will only continue to worsen.

Men's clothing have got it right; shop by your inches. Cold hard inches. It's so much easier to see size changes in yourself that way.

It's certainly a clever marketing ploy and one that's effective. I have fallen foul of it quite badly before now, and whilst it may seem like a great self esteem boost in reality it is a horrific rollercoaster of elation, realisation, and self loathing. Not something anyone should have to endure.

I'd love to know if you have ever noticed this, and what effect it has on you?