Life seems to be slipping by me at the moment. I keep hearing the proverbial “I can’t believe it’s already June” and it just isn't sinking in that IT IS JUNE. We are half way through the year. 50% of 2014 is gone and I feel as though I'm yet to realise it. But, alas, isn't that sometimes the way that it goes?

We are so far through the year that we have arrived at raspberry season, and what goes with raspberries? CAKE! 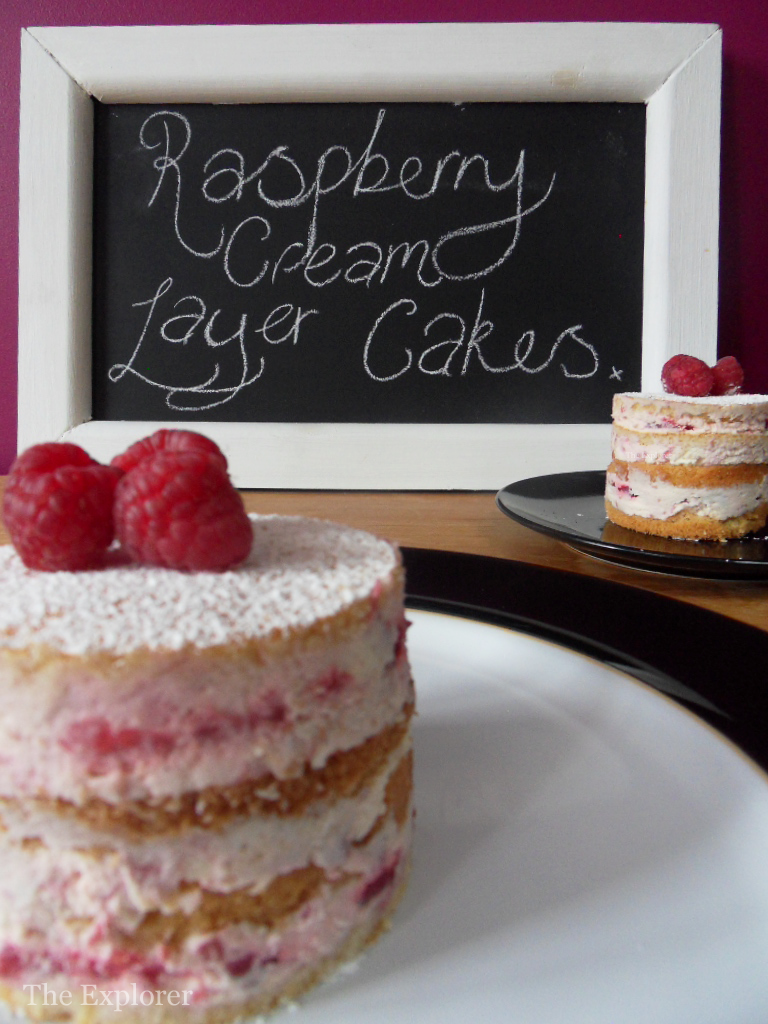 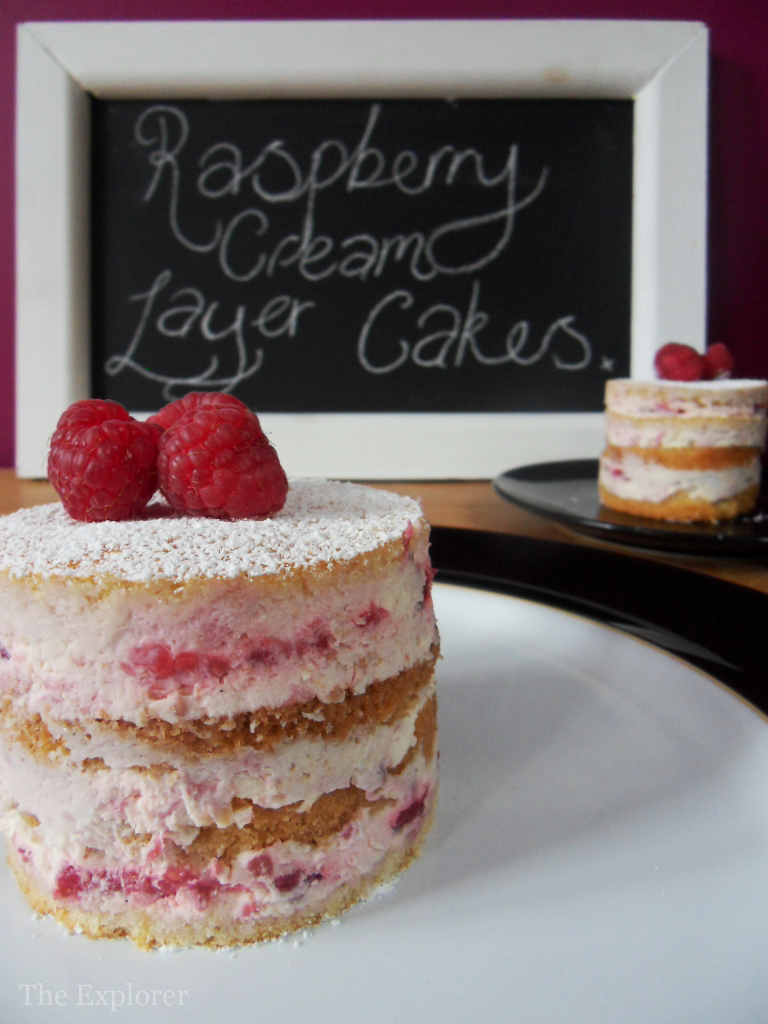 Have you ever met a person who doesn't like Raspberries? Of all the fruit in the world I have never heard anyone say that they don’t like them. They seem to be an all-round crowd pleaser – the Yes Man of fruit if you will! I like to think of them as the cooler, more laid back relative of the strawberry. 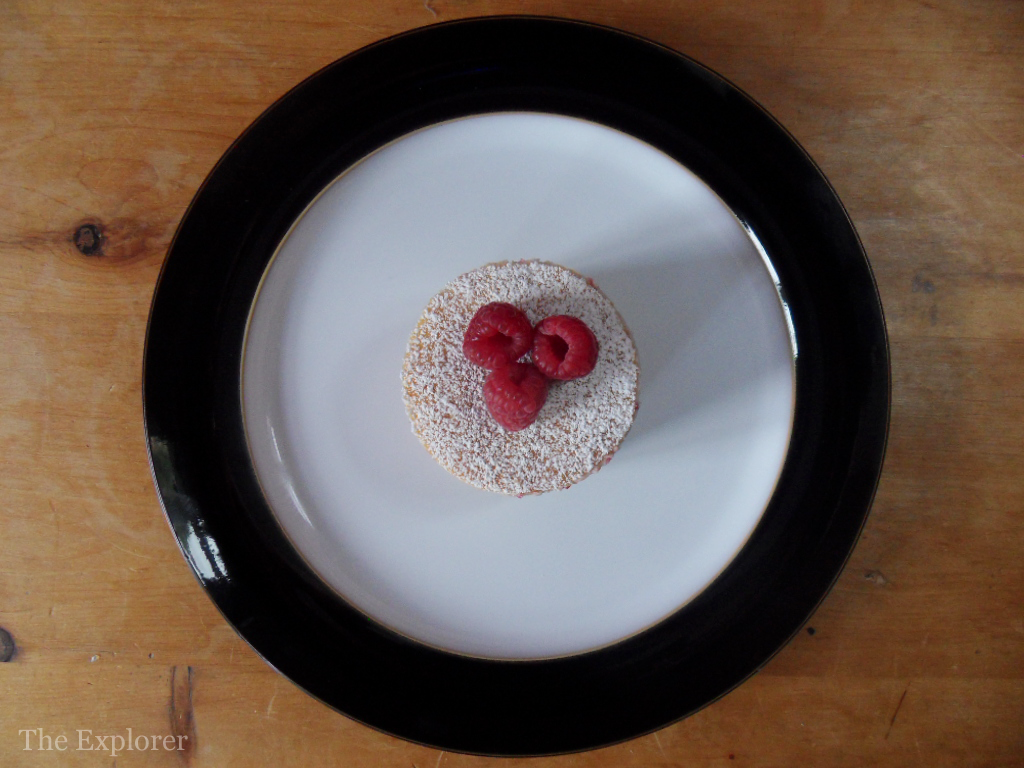 I've been noticing more and more lately that the world is full of either overly boring cakes (Cucumber cake? Really people?!) that are erring on the side of health so much that rabbits would turn their noses up, or cakes with a lot of sugar and big decoration that demands everyone’s attention like a misbehaving 3 year old that has been told by ‘No’ by the Food Standard Agency. Whatever happened to a simple cake? 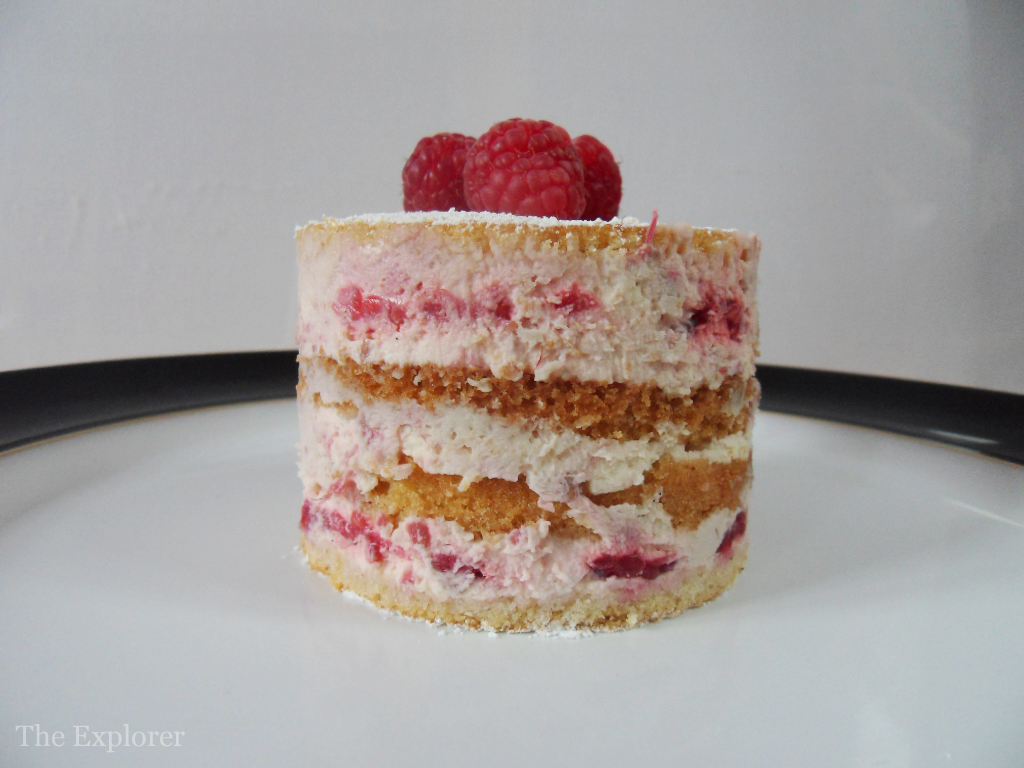 Cake and me have a chequered past, having been put off by the sickly sweet concoctions that the 90’s threw out (did anyone else have the Bunnies in the Bed cake? Anyone?) I am only just starting to like cake again. Chocolate cake (naturally) is often my go to, but I have been itching to find new cakes to like. I really wanted to create something that didn't go over the top on design and sweetness but didn't fade into the background as another beige cake. I wanted a cake sophisticated in its simplicity. 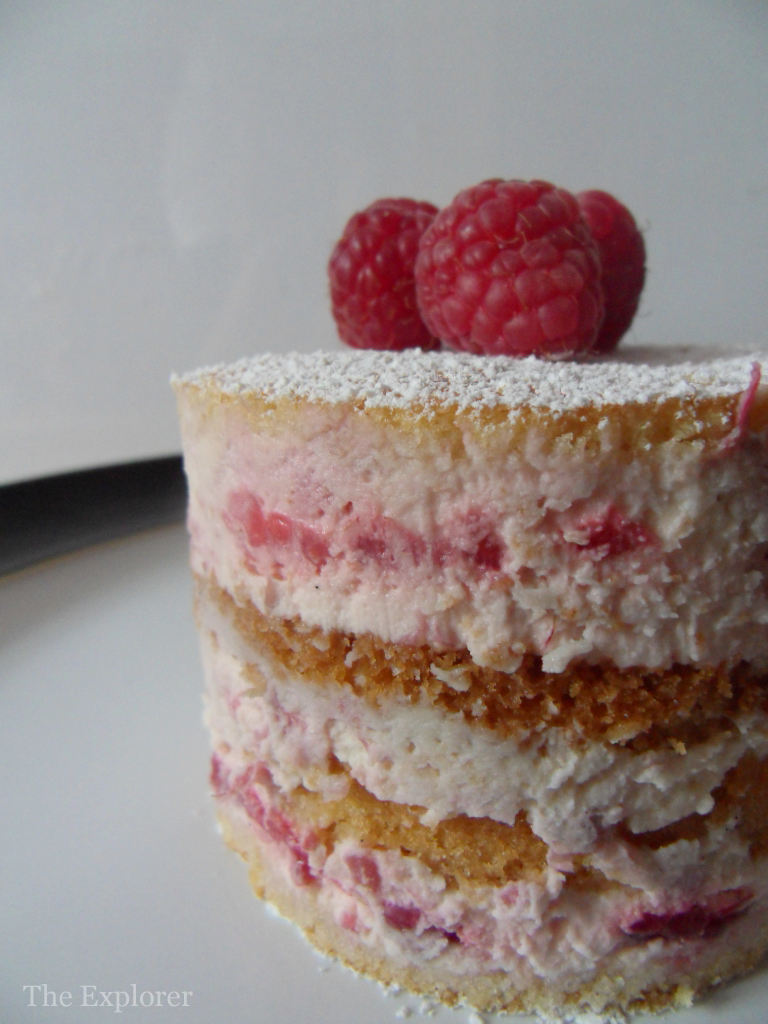 With raspberry season and cake in mind
The Raspberry Cream Layer Cake
was borne! 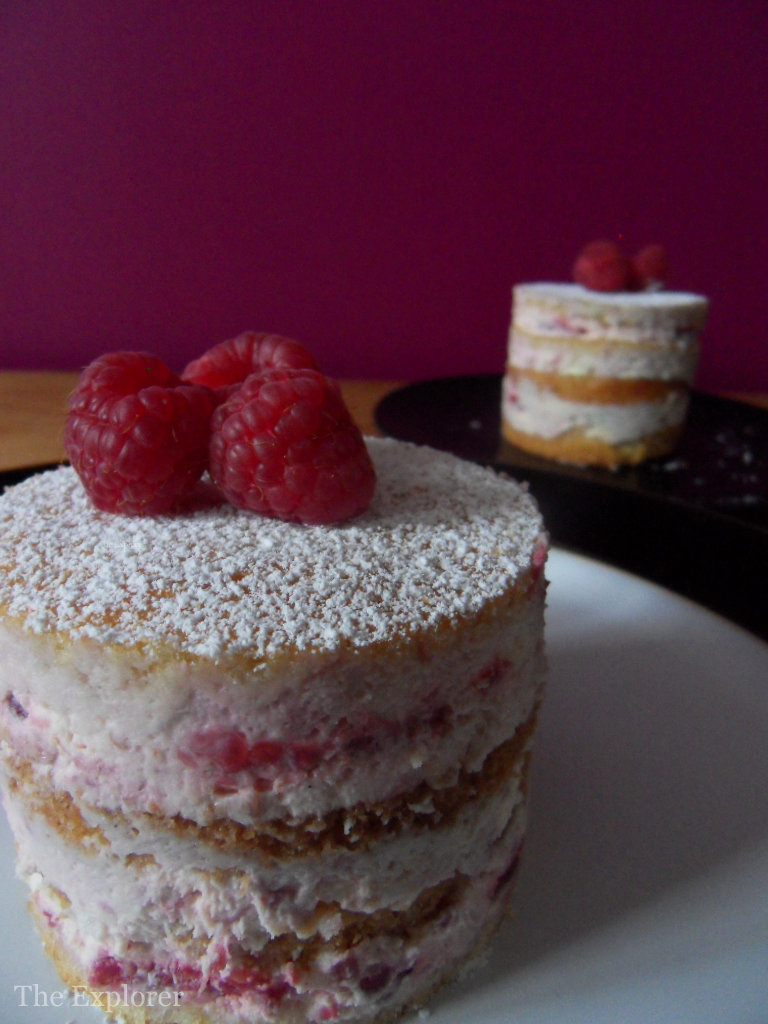 What You Will Need: 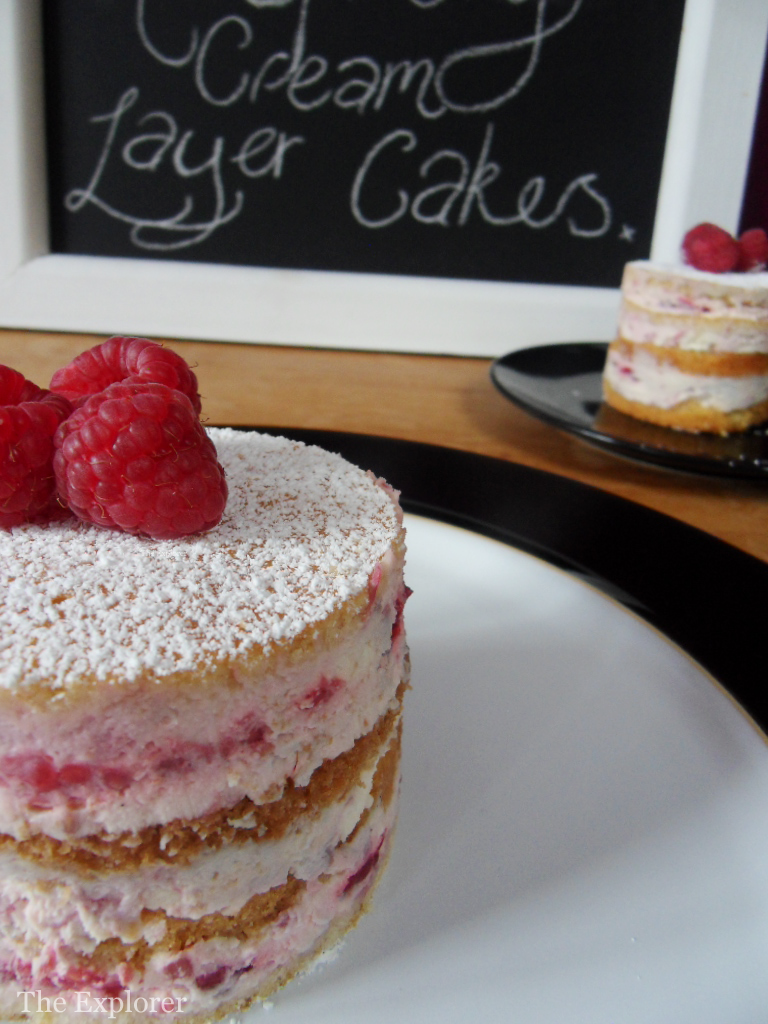 Preheat your oven to 180 degrees centigrade.

Make up your sponge as normal, cream together the butter and caster sugar.
Add in your eggs on at a time beating well after each addition.
Sift in your flour and baking powder.
Mix and pour into 20cm tins.
Pop in the oven for roughly 20 minutes or until golden.
Take out of oven once baked and leave to cool.

Take your sponge, once cooled, and cut out into as many 3 to 4 inch circles as you can.
Now slice through the middle to create layers of sponge.
I found at this point I had a lot of left over sponge, you can freeze this and use to create cake truffles in the future. However, feel free to play around and work out what shapes, sizes and height of cakes suit you.

Whip your double cream and icing sugar together until the cream is stiff.
Take some of your raspberries and smoosh them into the cream, I smooshed enough for there to be slashes of pink through the cream. 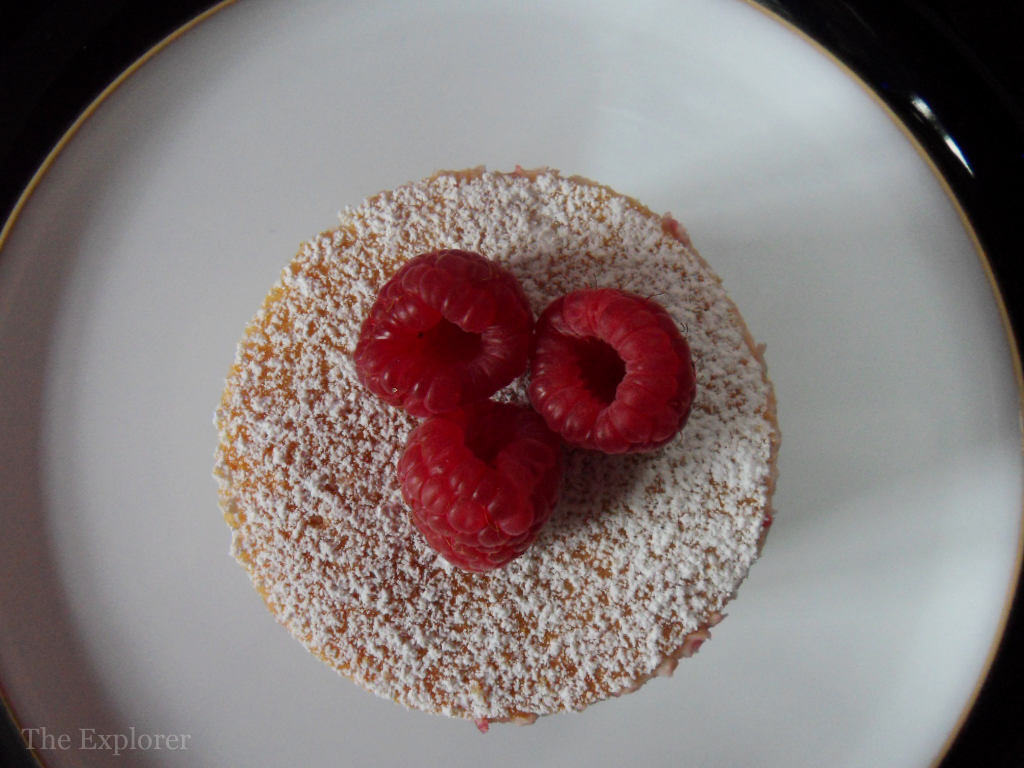 This is obviously a very simple recipe and raspberries can be replaced with any fruit; strawberries, mango, passion fruit....oh, try passion fruit!

And, please, if you don't like raspberries let me know! There has to be someone who hates them out there!
Labels: Bake Becki Explorer Cake Food Raspberries Raspberry Cream Layer Cakes recipes The Explorer