Okay, so I know Easter was ages ago now. Really, I might as well be taking about Christmas, but I want to share this with you......call it early planning for next Easter?

Despite saying that neither of us were going to do anything for one another for Easter (I know, not even six months married and the romance is already gone.....oy vey! *wink*) Mr M was sneaky and bought me a little somethin' somethin' from Choccywoccydoodah. 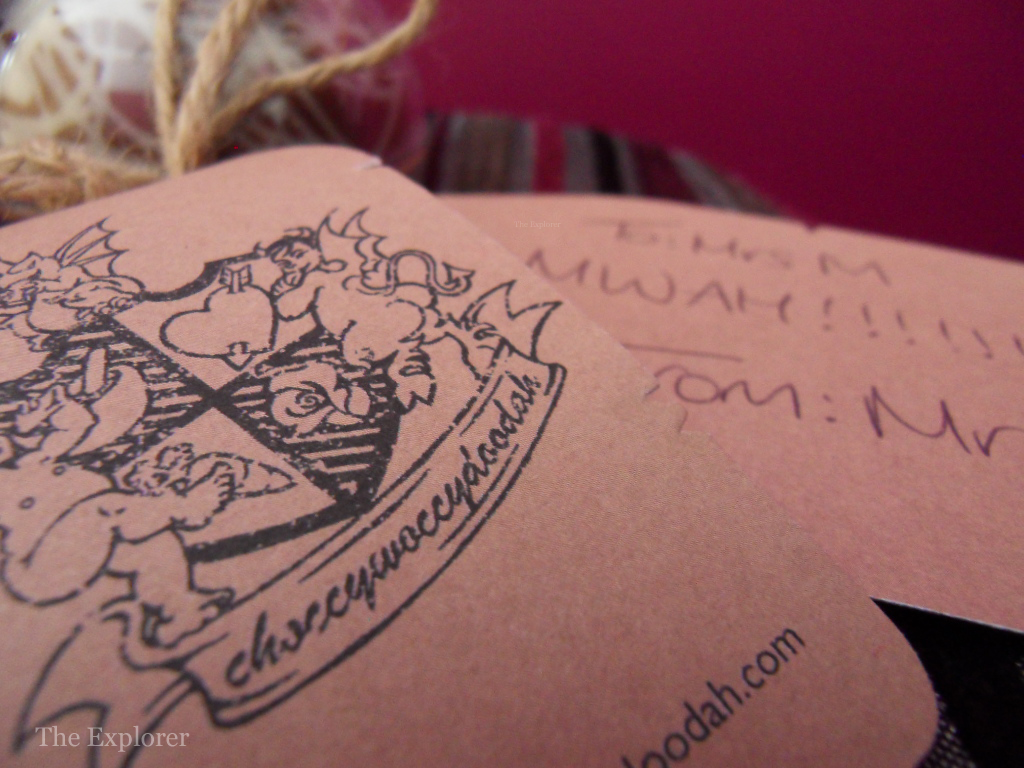 If you haven't heard about Choccywoccydoodah; what are you doing?!, and, where have you been?! Really, climb from underneath your rock; the government has changed and everything since you last poked your head out! Choccywoccydoodah is possibly the most fabulous little haven of chocolately marvel you will ever come across. What these people do not know about chocolate is not worth knowing! They have their own TV programme and everything.

I have been after a bit of Choccywoccydoodah since my beady little eyes first clapped sight of their wedding cakes. It was the one biggest things Mr M said no to about the wedding (mainly because my wonderful cousin makes a mean cake and had already offered to do us one!). Having never been to Brighton (Sacrilege, I know!) and not visited London in a few years I haven't managed to get to either one of their stores, so when Mr M presented me with one of their beautiful hand-crafted egg for Easter I was over the moon. 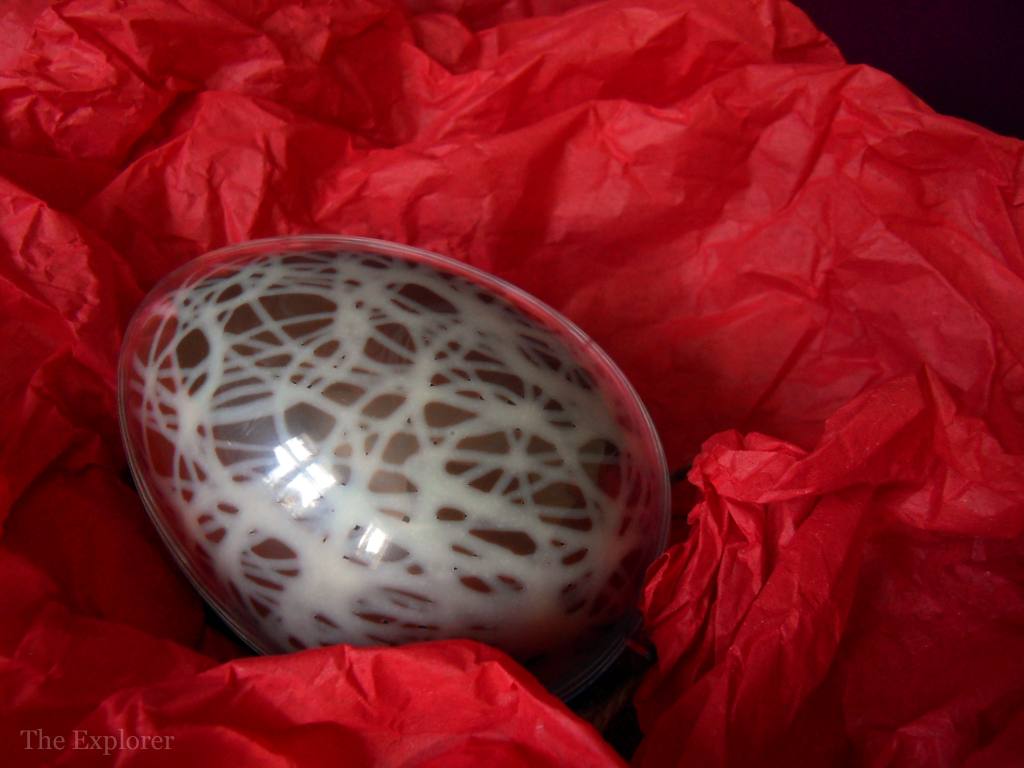 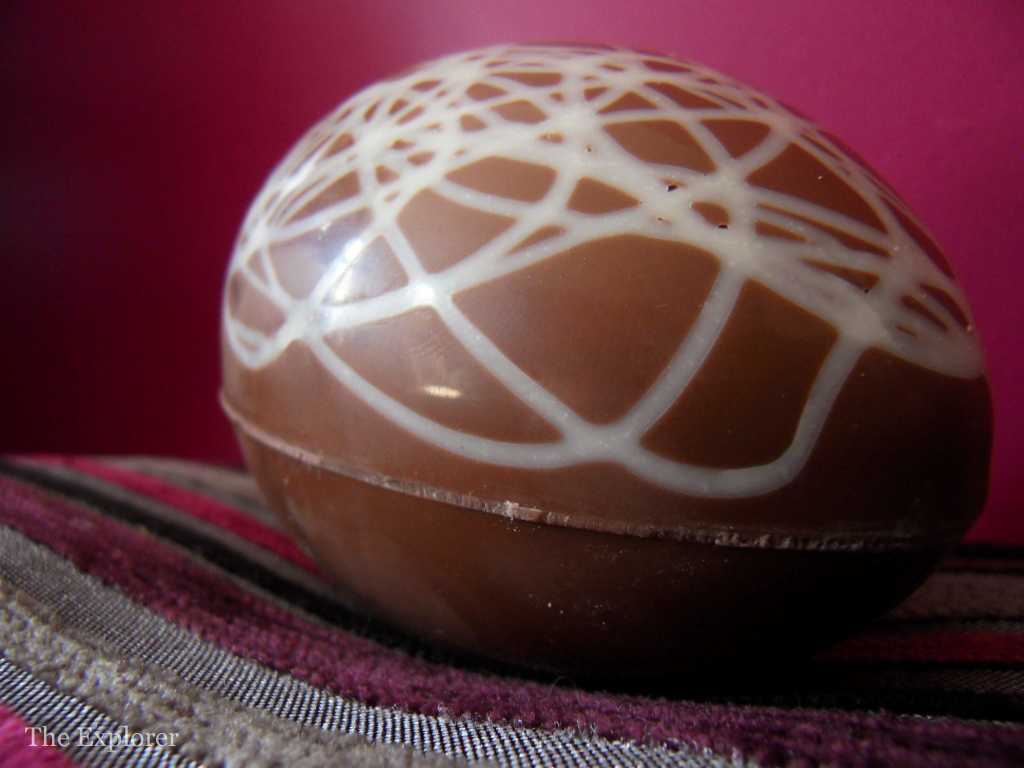 The egg came in a brilliant plastic case which is reusable, so next year I'm planning homemade Easter Eggs! Hurrah for ingenious packaging! 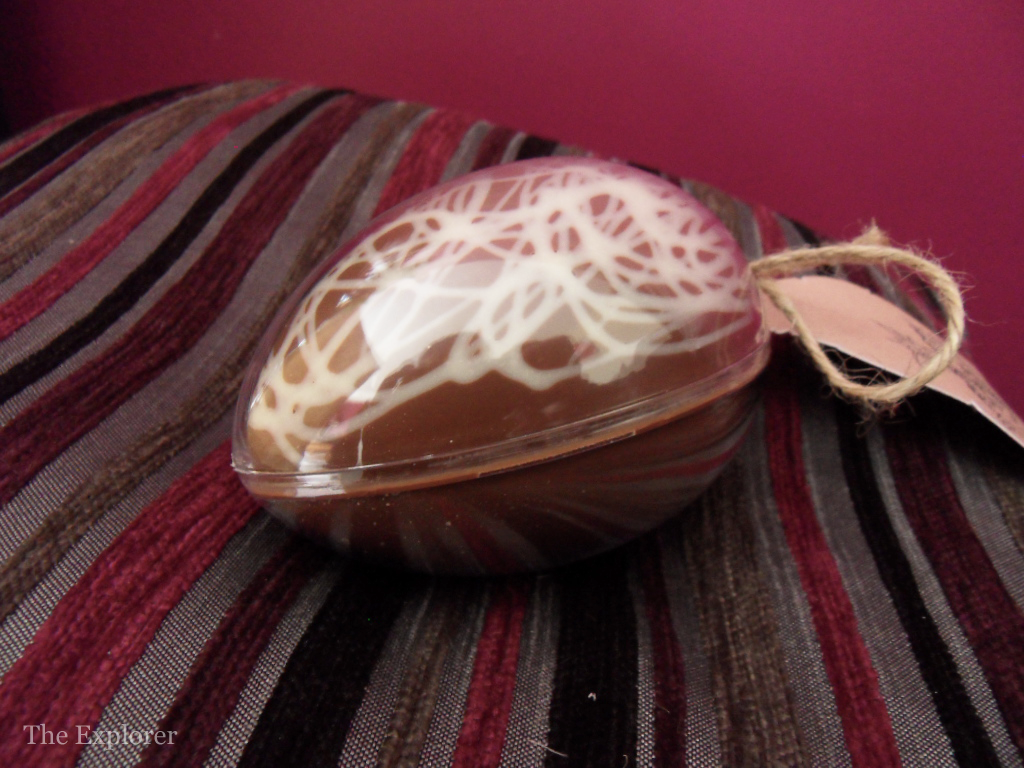 The whole thing came brilliantly packaged and pretty much sums up the company. 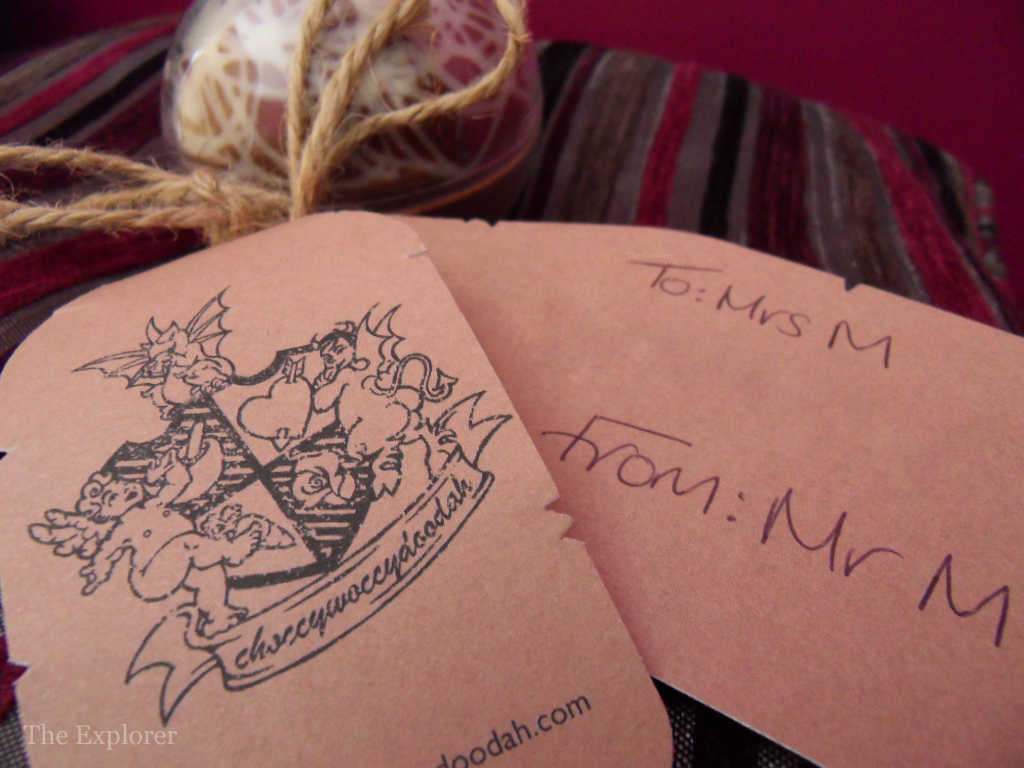 Mr M did say that he was a little disappointed with the size of it, the website had said that the egg was large but in all honesty it was medium at most compared to most other eggs out there. However, this had a hidden bonus; 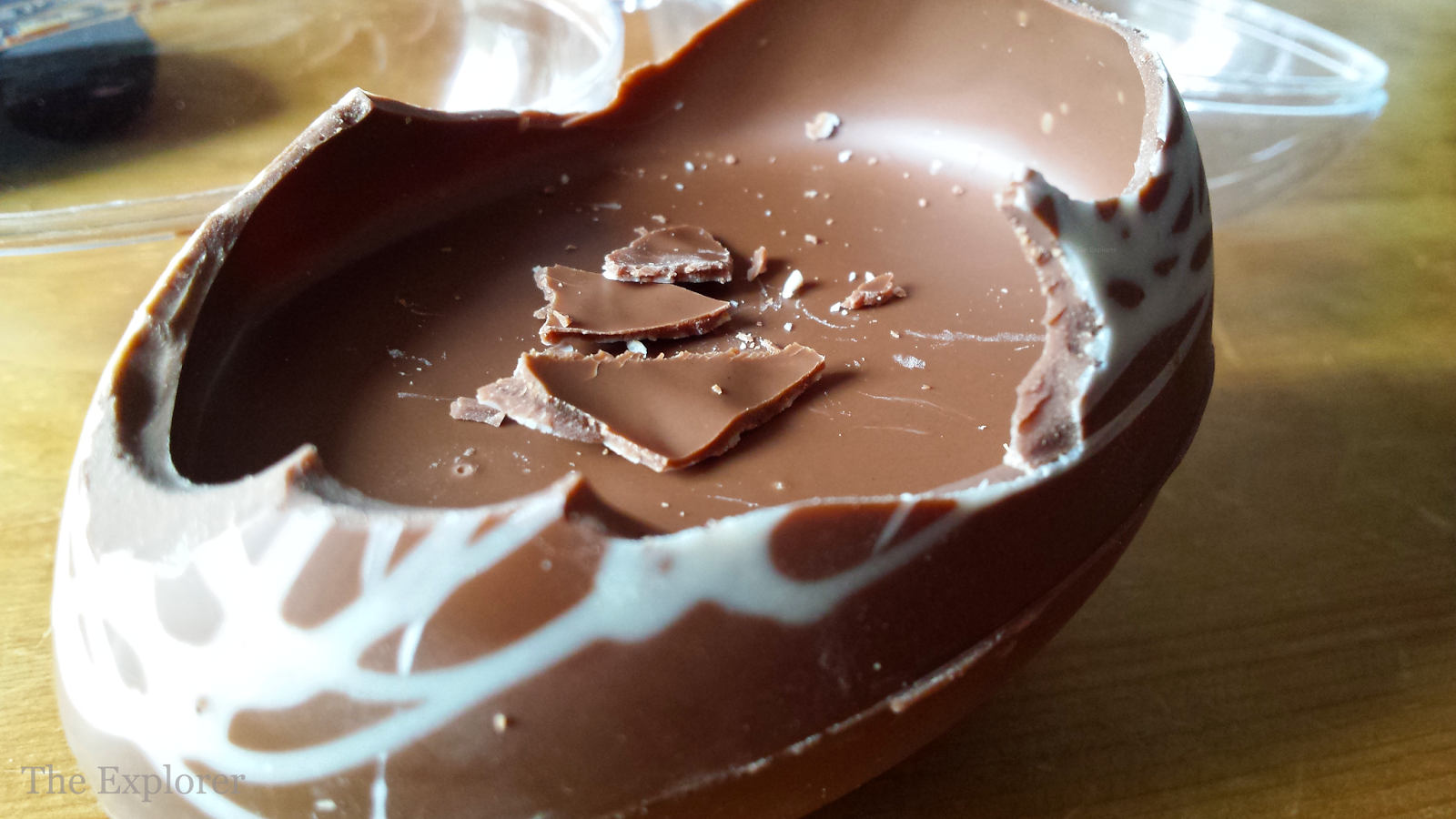 Only one side was hollow!

The chocolate was as beautiful as I thought it would be. One day I will get my butt down to one of their stores and revel in it's glory! 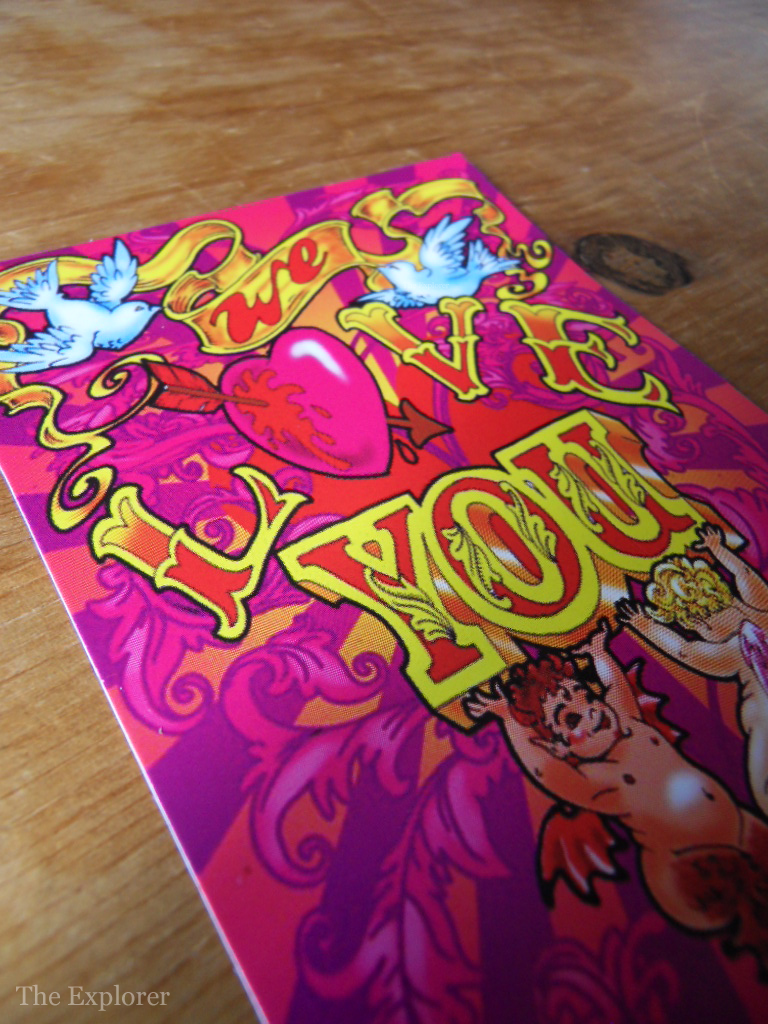