Raising the Roof with *Louise 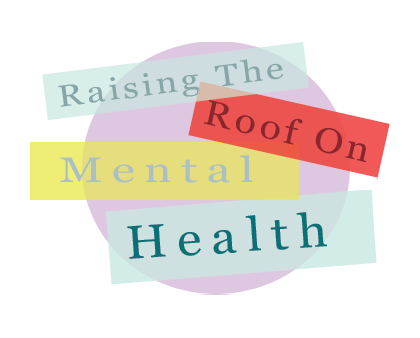 The Raising the Roof interview of today is with *Louise!

*Louise developed anorexia at the age of 14. At the age of 17 she entered into the NHS system and went through a six week course of Cognitive Behavioural Therapy (CBT) alongside seeing a nutritionist. At the time of her therapy she was also self harming. It was at this point she realised that she was suffering from a delayed reaction to traumatic experiences that occurred during her childhood.

After a brief period of improvement *Louise suffered an awful experience at the age of 20, causing her to relapse back into Anorexia and Depression. At this point she decided to try paying for a private Psychotherapist, she struggled to feel comfortable and as a resulted made very little progress.

At the age of 23 *Louise moved to France to take up a dance contract, returning worse than ever. She felt as if she was barely surviving.

Then *Louise met her current boyfriend of three years, whose love for food and cooking fresh ingredients became contagious to her and naturally she noticed that her eating improved. She learnt how to enjoy food. However, at this point her self-esteem was still at rock bottom and had started to effect her studies towards her MA degree. This was noticed by two of her tutors and mentors who recommended the therapy services through her University. At this point she finally felt read to accept help and was honest with her counsellor.

Mental Health problems also run through *Louise's family and together they have experienced problems such as Post-natal Depression, Manic Episodes, Drug Addiction, Bi-Polar, and Suicide.

*Louise has come a long way and feels that she is in a much better place now. She still has bad days (what she terms as "Black Cloud" days) but they are few and far between for her.

Let's jump straight in! You mention that you went through a few different therapies throughout your struggles, as well as the help you received from people in your personal life, did you find benefit in both?

Yes and no, the support from people, be it friends, colleagues or tutors was actually more of a factor than professional help. I would say that the only professional help that made a scrap of different was my university counsellor.
The NHS system that I was put through age 17 just pretty much put me on a standard course of treatment. It was neither personal nor tailored to my personal problem. No investigation was made into the WHY? They just presumed it was a teenage dancer thing and left it at that.
When I took it upon myself to see a private psychotherapist (on the recommendation of a Bupa Health Check doctor) I was faced with this stuck-up, stone faced woman who charged me £40 per session for me to not feel any difference. I didn't feel comfortable enough with her to let go and really get into the depths of what was going on in my head.
It took a lot of encouragement from my boyfriend and the tutors who supported me to go to counselling. I had support from my boyfriend at home, and the tutors at uni if I needed to miss a lecture or just talk a bit. That was the difference.

Whilst going through the process of getting help through professional services how did you feel it affected your relationship with your different issues?

When I went through the earlier stages of professional help, I felt I was a waste of time for them. I didn't truly believe I was sick enough to need help and so I didn't fully commit to recovering. For the short while, where I ate more to satisfy parents and nutritionists, I hated myself even more for giving up on the ideal I wanted to achieve. My self-esteem plummeted even lower.
When I went to the private service, I felt stupid and like there were so many people with such worse issues that I shouldn't be there. We didn't really talk about eating issues, so they didn't improve, in fact I was deeply into pro-anorexia sites at that time.
In fact, no service improved my disordered eating, that happened naturally. I was left feeling void and confused by private counselling, and forced through a system with the NHS. Only through the Uni Counsellor did I achieve something, and that was because he was encouraging, gentle and never let me feel under pressure to 'get better'...we were just talking.

Did you find that your dancing background effected the professional support you got?

I think being a dancer with mental health problems - which began with an eating disorder - I was quickly diagnosed as 'girl gets pressure from dancing industry to be thin' much the same as an anorexic model would be treated. No-one really looked deeper into the problem until much later.

You mentioned about your Black Cloud days, do you find that there is a noticeable trigger that causes these?

No not really, it can be completely random, or occasionally brought on by feeling that I've eaten too much, but generally random.

That's a tough question, I think there were multiple reasons. Looking back at my diaries from the time, I see that it was after one Christmas, age 13, that I remarked that I felt a bit fat, and maybe I should lose weight. It wasn't until months later that I wrote that I wasn't eating lunch at school and I'd gotten into an argument with my best mate about it. I suffered abuse at the hands of my brother when I was much younger, and I think that as I was discovering who I was as a teen / person, this episode kept coming back into my head asking questions like  "Why it happened?", "Would it happen again?", "What was wrong with me?". I'd also been bullied at school for being shy, with big ears and more interested in going to dancing than hanging out with friends or boys.
So I think there were so many factors to it's development. Its was a tricky time during childhood, I was bullied, uncomfortable in own skin, had  zero self-esteem, plus getting into serious dance training. My mum was also a serial dieter, constantly moaning about being fat after having 3 children (but I think that's normal for mums)?!

What are your opinions on the connection between eating disorders and the dance industry?

I think that no matter how many people deny it, there's a definite connection, but it's definitely not the only cause. It's not as bad as the stereotype 'all dancers are anorexic' and you don't get many teachers saying "You're too fat, lose weight!" any more, but it is a result of working too hard and striving to be the best. It's no-one's fault: it's just a consequence of being in leotard and tights in front of mirrors day after day. It's the same I expect in modelling, it's there, although people deny it, but it's not the singular reason people in these industries develop eating disorders.

Has blogging and being part of a blogging community had any reflection on your difficulties?

Not really, it reminds me that if I was still struggling, I wouldn't be alone, but I'm a private person so if I was really struggling, I probably wouldn't write about it anyway. The community is great if you need to reach out, but it's not something I think I'd use, even if I needed to.

If you knew that somebody out there reading this was struggling with the same issues you have faced what would you say to them?

My advice would be:
Take your time, you can't 'get better' overnight! It's not even about 'getting better' it's about being comfortable in your own skin, dealing with your thoughts and believing that you are worth it, and important!

Give yourself mini goals, get through a day, week, month without your vice (be it self harm, purging, starving, etc.)

Be honest, with yourself and with those close to you. Don't be afraid of bad days. I call them my "Black Cloud" days, and if I tell my other half I'm having one, he knows just what to do to make me feel okay.

Don't punish yourself for a slip up, everyone's human and one swallow does not a summer make.

If you are struggling with a Mental Health issue please don’t suffer in silence. If you need unbiased support please contact one of the charities below:

Talk to The Samaritans

You are never alone; there is always someone who will listen to you. I will listen to you.
Please feel free to email me on beckiatexplorer@gmail.com if you want/need to chat or to find out how you can get involved with Raising the Roof on Mental Health.