Behind the Tales a Different Story Lies

I have read ever since I can remember. The Tiger Who Came To Tea being one of my favourites from early on was over taken by The Twits and then slowly but surely I grew into Big Sister Explorer's bookcase and that was it.

I had firm favourites along the way but the ones that really shaped my reading repertoire were the fairytales. Cinderella, Hansel and Gretel, Peter Pan (to this day it is my favourite Disney film!), the list is really endless.

It wasn't until the recent years that I started to think about rereading the old classic fairytales. Sometimes I think it's nice to revisit old favourites and remember what got your reading bug going! It was during a visit in my favourite bookshop that I fell upon this: 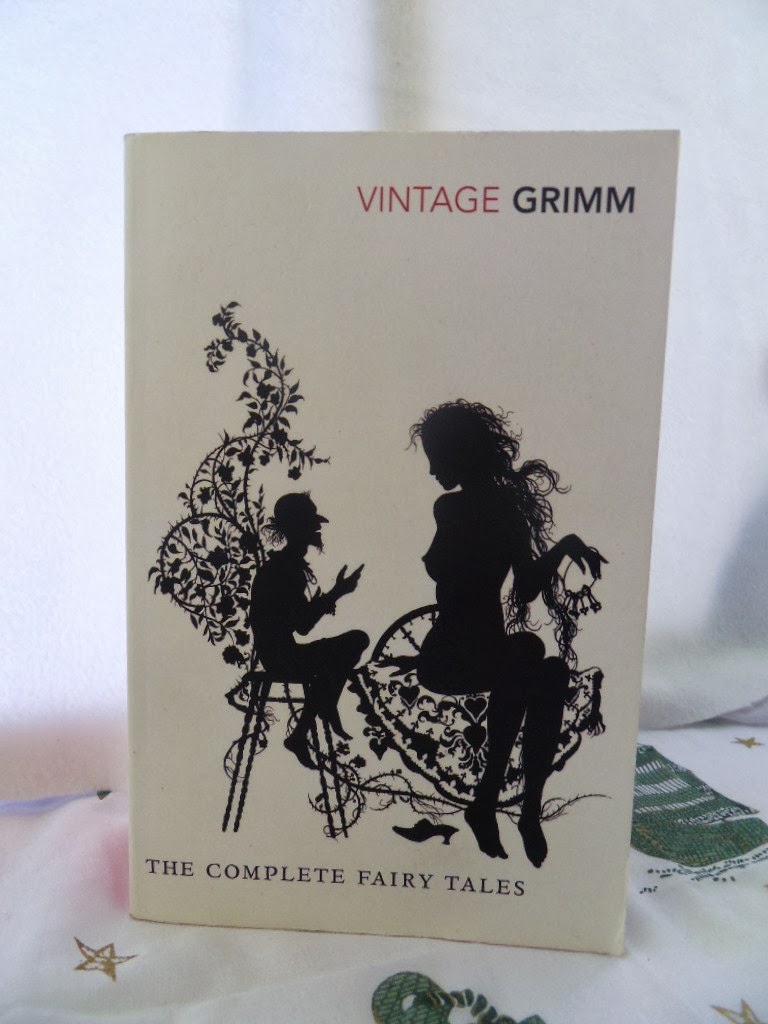 If you have never heard of Grimm tales they are the original fairytales: The Original original fairytales. They are a collection of tales that were collected by the Grimm brothers in 19th Century Germany. Most fairytales are combinations of ghost stories and old wives tales. The Brothers travelled around Germany and collected as many of the stories as they could, found the most common version of each story and published them. 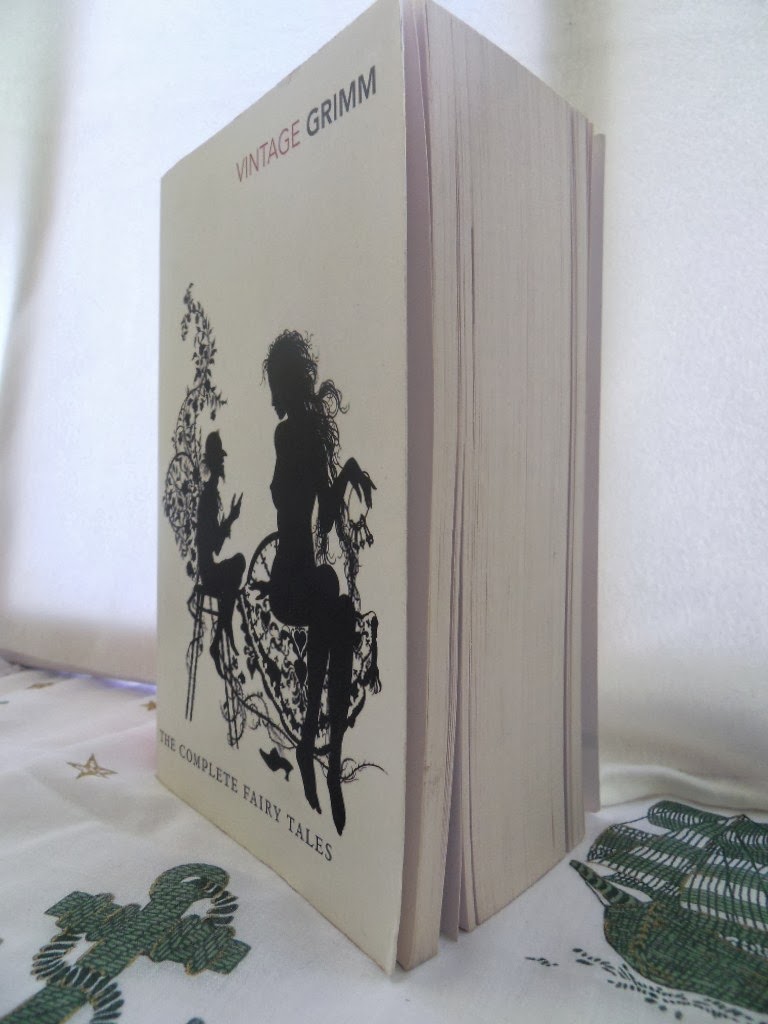 The thing is fairytales as we know them are not at all like the originals. The originals are dark, morbid and really quite twisted! They involve torture, murder, and more incest than you'd think! They were so bad that the tales got banned until the brothers cleaned them up.
﻿ 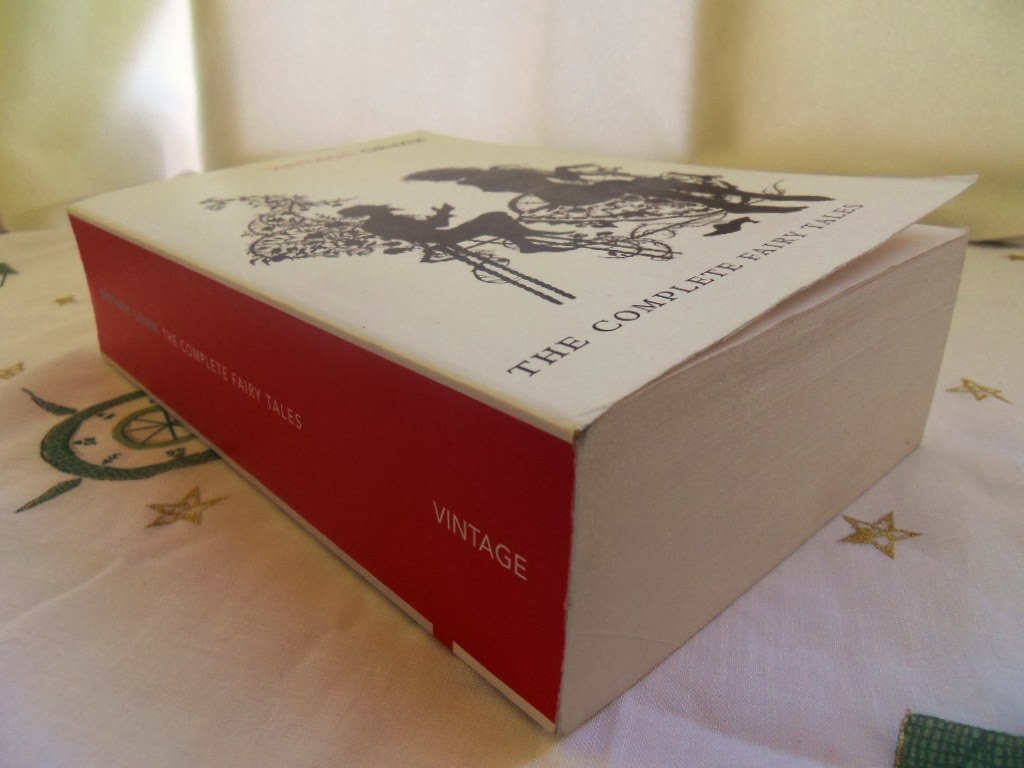 I knew that the original fairytales were somewhat....different.....to the modern ones we know and love, I just didn't figure on how different they actually are!
I bought this book as soon as I saw it - it was a must have! - and I am so glad that I did. It chronicles all of the Grimm fairytales so it includes some classics like Cinderella......
﻿ 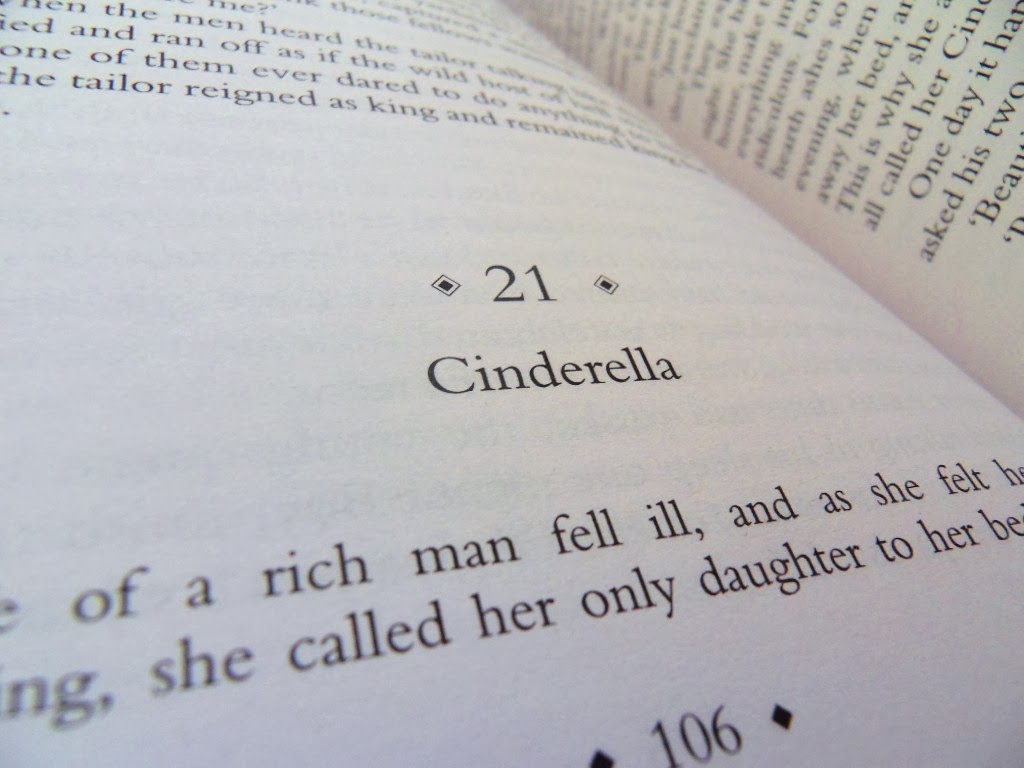 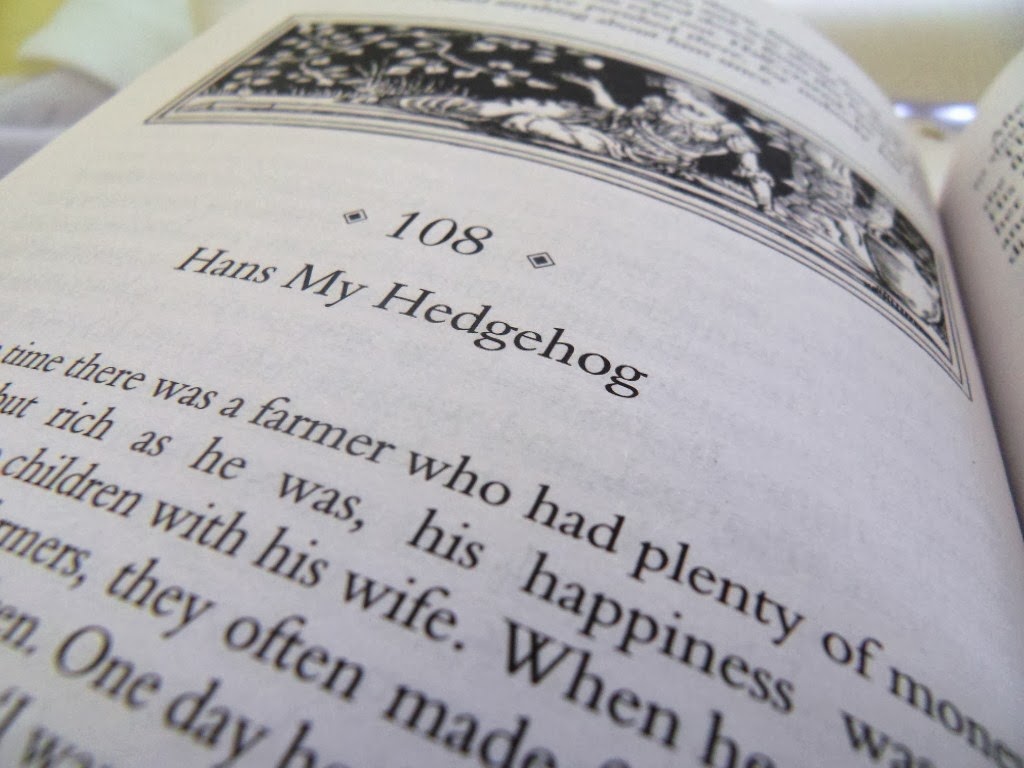 The book itself is beautiful and has some lovely artwork in it. ﻿ 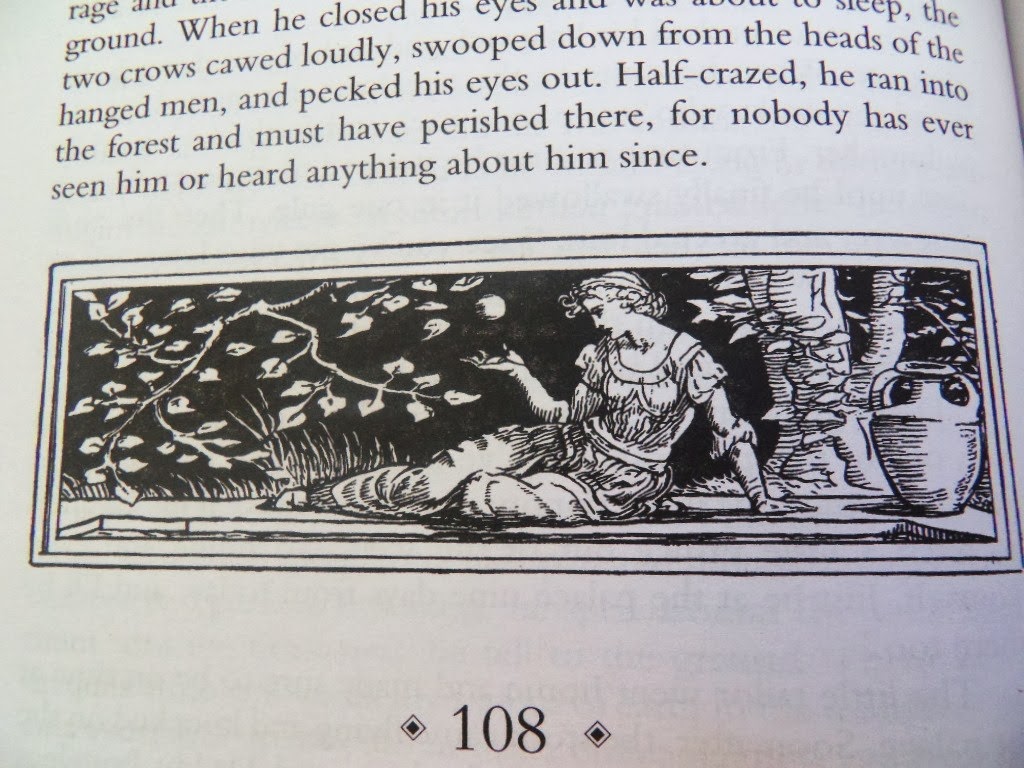 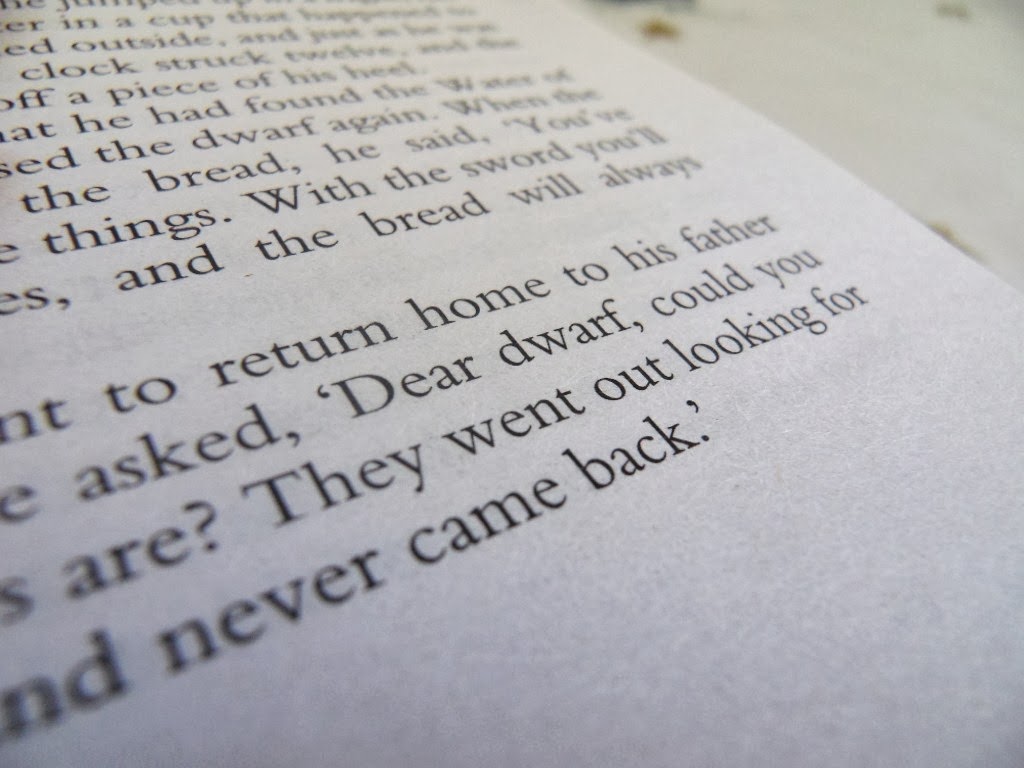 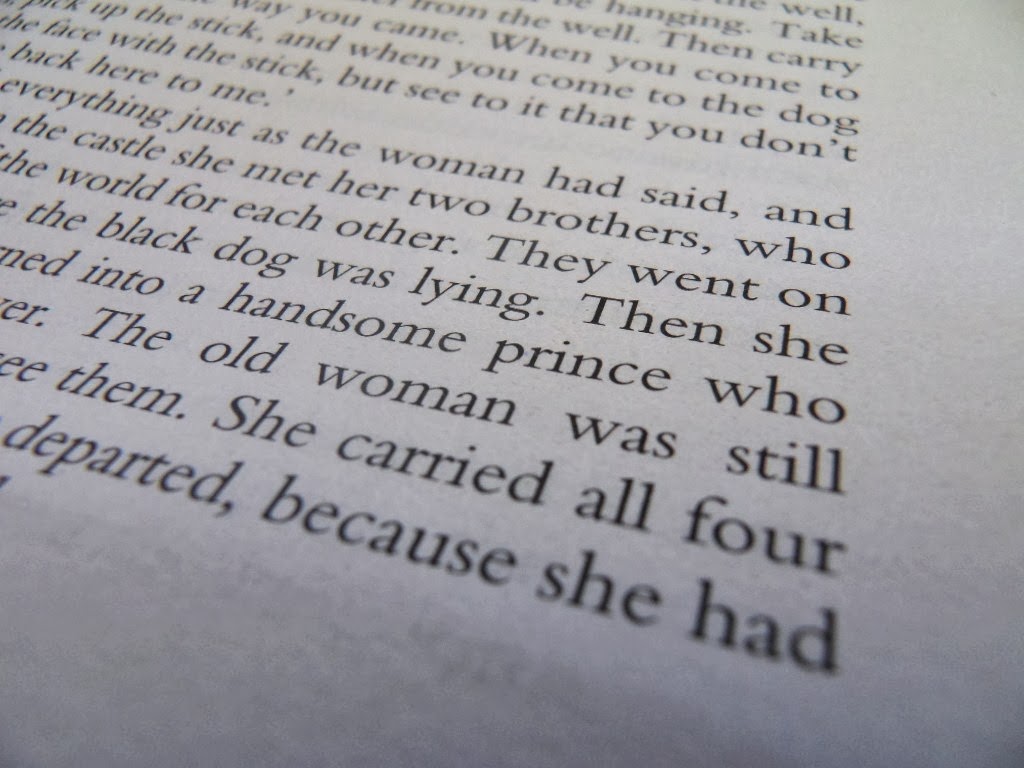 I'm so glad I bought and read this book. It has opened my eyes and has allowed me to enjoy old fairytales in a different way!
Although, that being said, there is no way I could read these stories to a child for a very long time.......traumatised is not the word!
It made me look at other stories too......do you know the truth behind Peter Pan?! I can't even start to explain........my childhood is effectively ruined! ﻿
Labels: Books Fairytales Grimm Tales Lifestyle Reading Reads