Once every so often I get very righteous about bread. It seems to be one of those foods that big chains hide loads of stuff in, stuff like sugar, preservatives, obscene amounts of salt. Now, don't get me wrong I don't shy away from supermarket bread and I buy it, but sometimes it's nice to eat bread that I know the exact contents of.

At M HQ we don't eat a whole lot of bread, it's usually only when we have fish fingers in the house that the need for it becomes vital (the only way to eat fish fingers is in a sandwich, right?!). There is, however, one bread that both Mr M and I love, one that absolutely has to be homemade; Flatbreads. I don't make them that often, to be honest I forget to make them, but they are one of those things that when you have them you vow that you will make them every weekend......but  never do (it's like that one last box that you never unpack when you move house).

But, here's the thing about bread; it's scary. Not 'monster-in-your-cupboard-waiting-until-you-fall-asleep' scary but 'heavens-to-Betsy-it's-not-going-to-rise-or-it-will-rise-too-much-and-I'll-end-up-with-dough-coming-out-of-my-ears' kind of scary. People are afraid of bread making, unless they have a breadmaker...then they get all cocky "Oh, look at my fabulous bread I made from scratch!". But this is an easy recipe. Easy Peasey. No breadmaker or monster removal spray required.

Anyway; flatbreads. I found myself with a quiet Saturday afternoon and decided that some therapeutic time in the kitchen (kneading the living lovelies out of some dough) was just what I needed. The recipe is the easiest recipe as that you'll ever see. There really is no excuse to not give it a go.

Plonk your flour into a large bowl (N.B. don't actually plonk.....your kitchen will not appreciate it.). 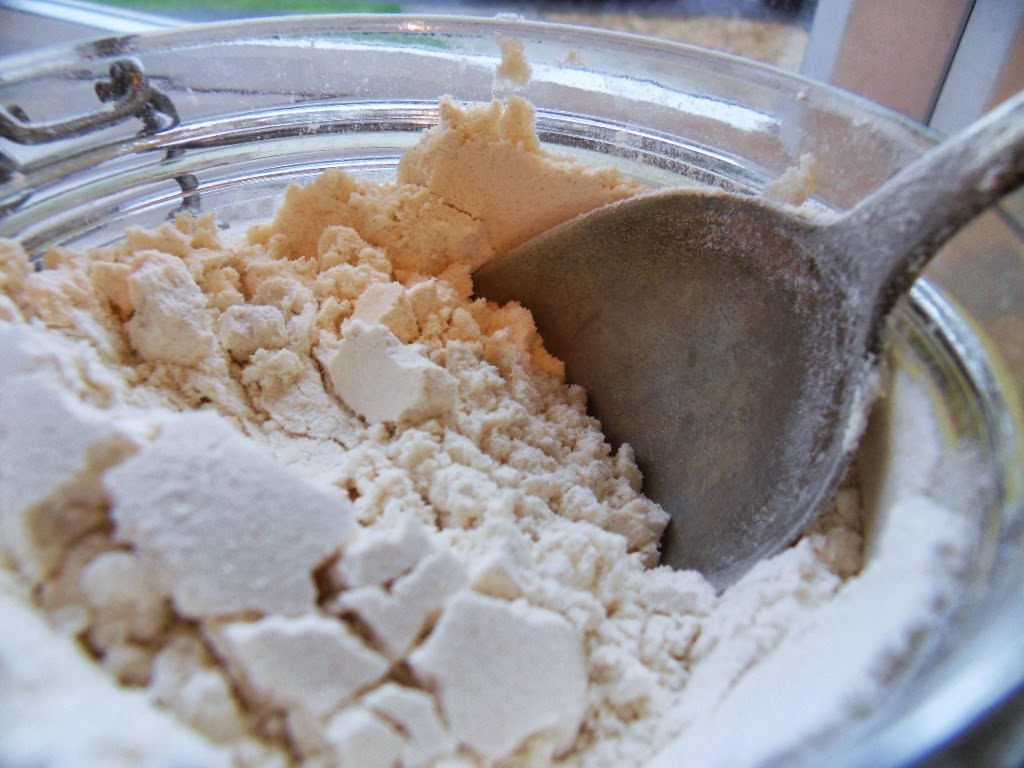 On one side on the newly created flour mound pop in your yeast, now add the salt on the opposite side to the yeast. You don't want your yeast and salt meeting too soon, the salt will be too dominating and it will stunt the yeasts development, leaving the yeast to lose it's potential and spend it's life wondering "what if?"

Now, time to get down to business. The best tools when making bread are your hands, so get them in there and mix together all your dry ingredients. Make sure you give them a good stir so that everyone gets a chance to meet.

This is where it starts to get messy...add in about three quarters of your water, get your hands back in and combine the mixture. You may need more water, you may not, you will know it's right when it looks like this. If it looks too wet add a little more flour. No two times give you the same results so you'll need to judge it as you go. 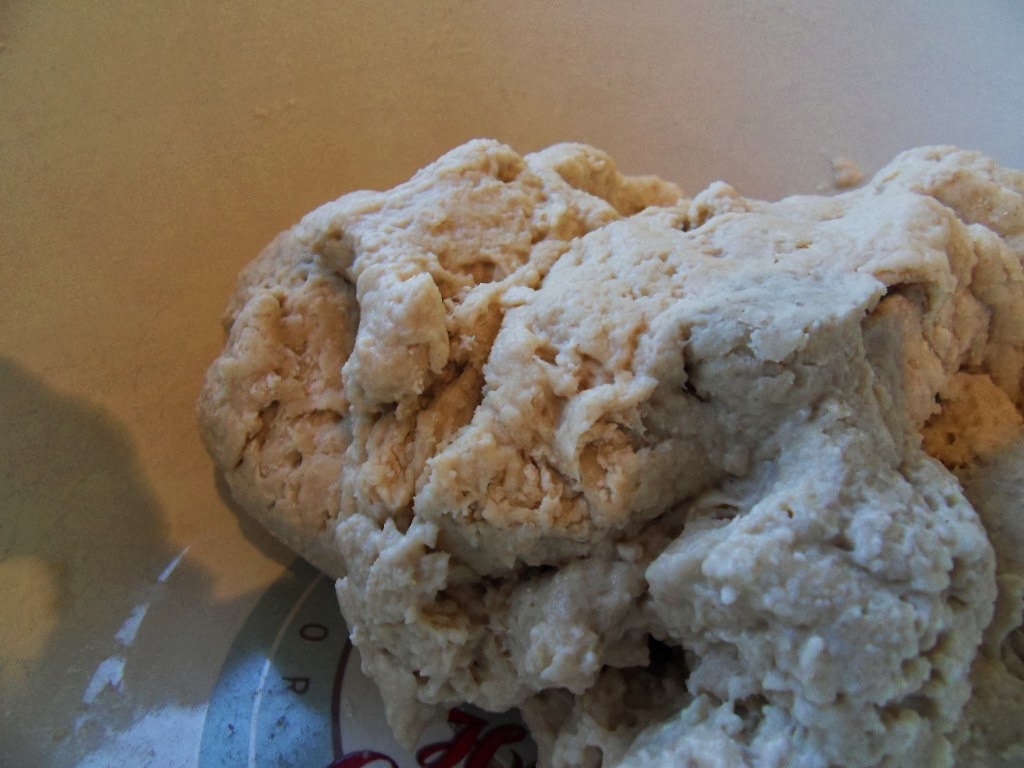 Once your mixture is all combined turn it out onto a lightly floured surface and knead, knead for about ten minutes, knead until your arms feel like they are going to fall off then knead some more. You'll know it's good to go when it's smooth and shiny. Your surface will now probably be flour free and your dough won't stick. 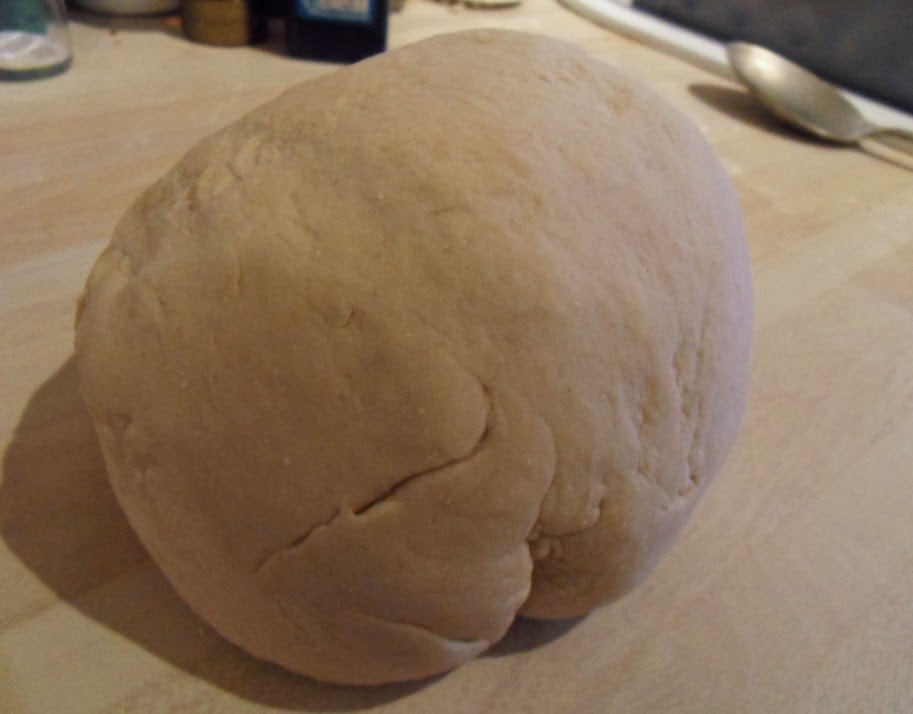 If you're adding a flavour add it now, gently knead into the dough without over kneading. (Horrible instruction I know.) 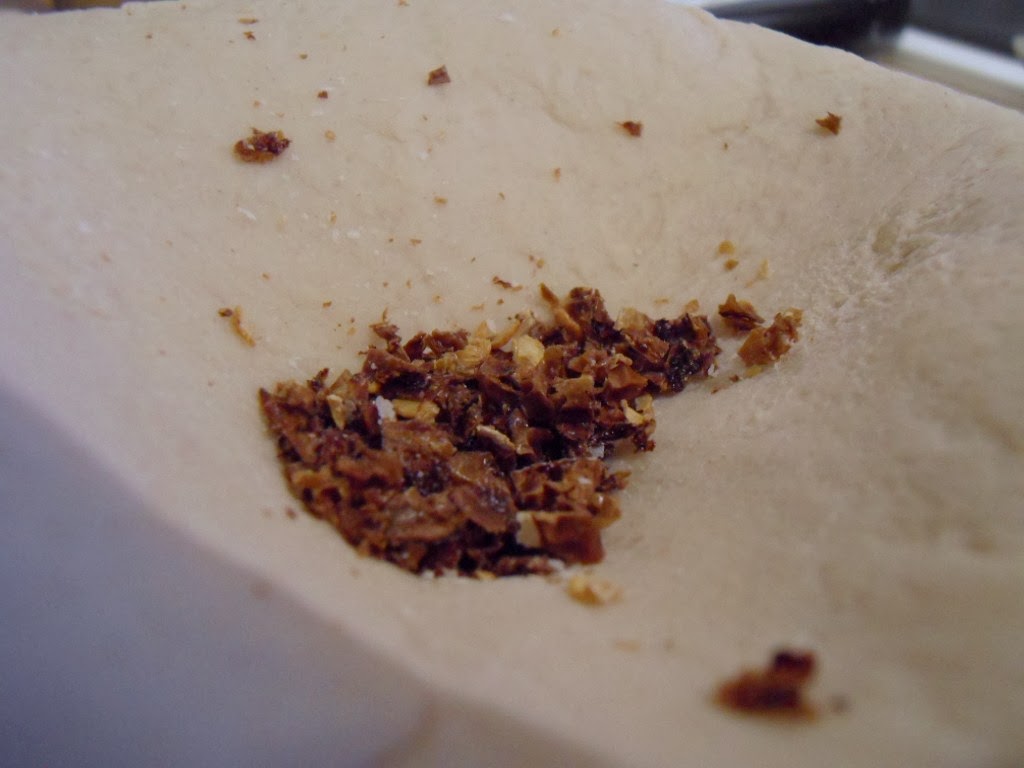 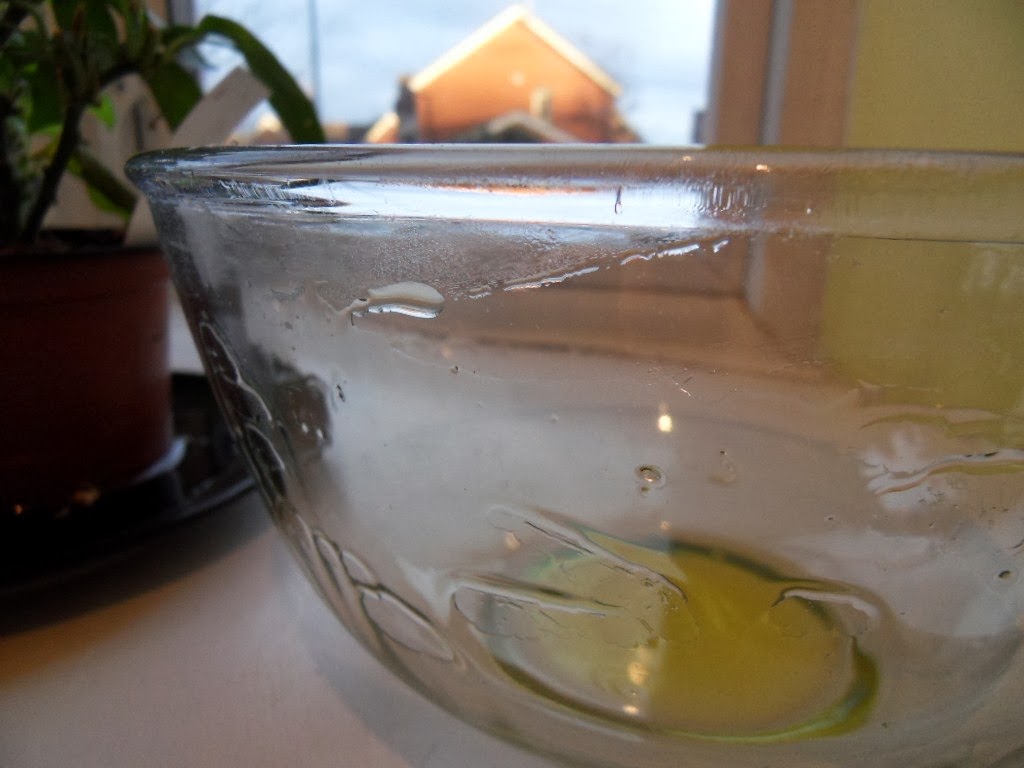 Lightly oil a large bowl, roll your dough around in the bowl until it's all oiled up, cover with cling film and put it down for a nap. About an hour should give it enough time to double in size. 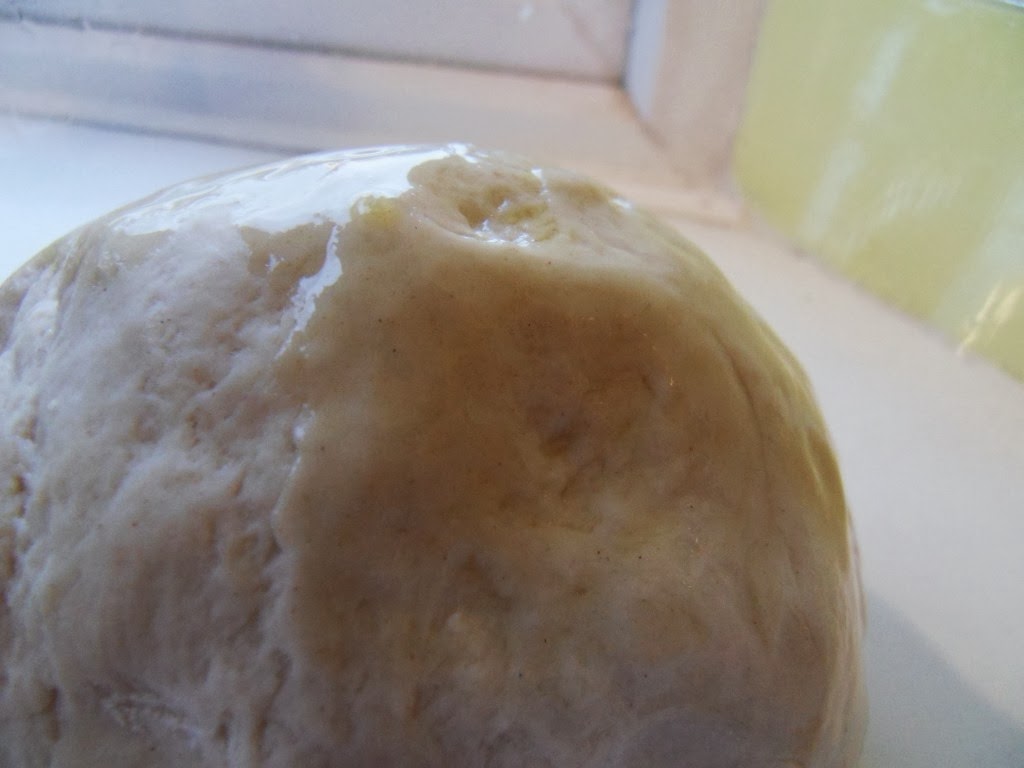 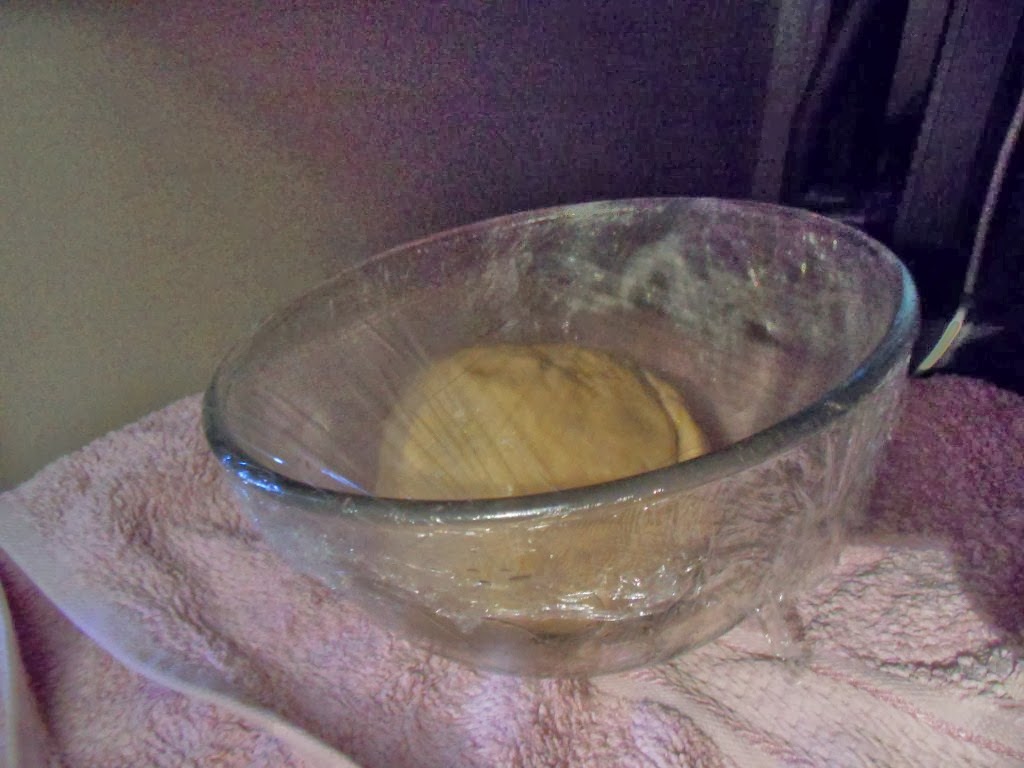 After an hour it should have grown and you are ready to bake.I divided my mixture into 8 to get fairly big flatbreads but feel free to play around with size.

At this point you can use flat cast iron skillet if you one, if you don't - like me - use a flat non stick pan. Heat whatever you are using until it's hot. Whilst you're waiting for that to heat up roll out your divided dough. I use a combination of rolling pin and gently pulling to get them into shape. The rolled out dough needs to be 1cm thick or less.....they won't be too thin as they puff out when cooking.

Pop the rolled out dough one at a time on your pan. Give it a few minutes on the first side until it becomes slightly brown and then flip it over, it will need less time on this side. You will know they are done when you get the trademark scorch marks. Repeat until all your flatbreads are done. 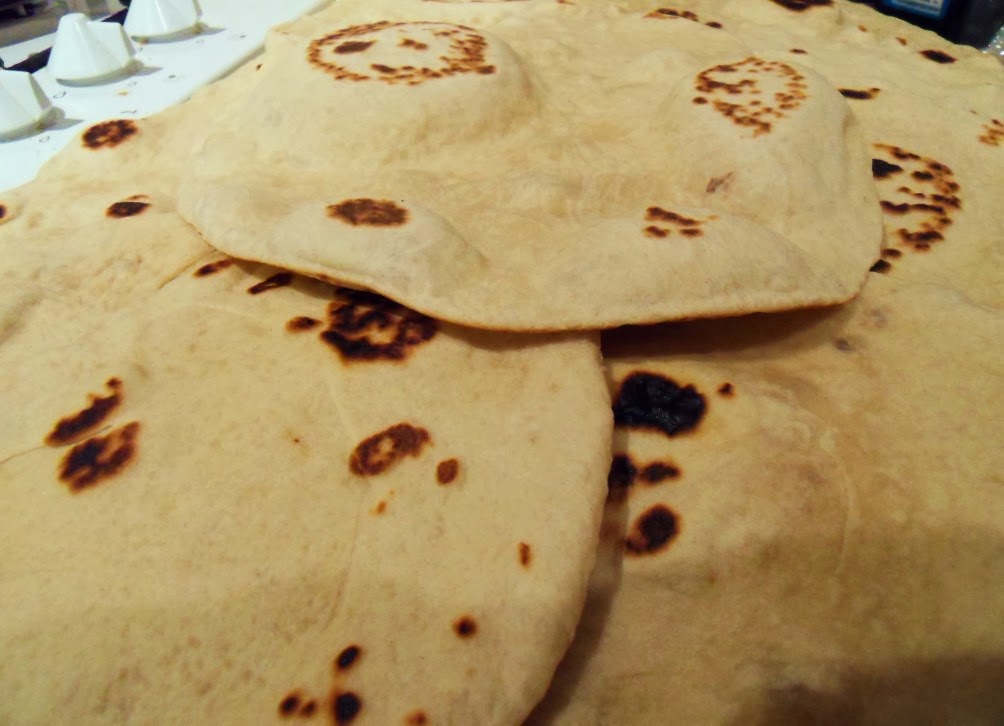 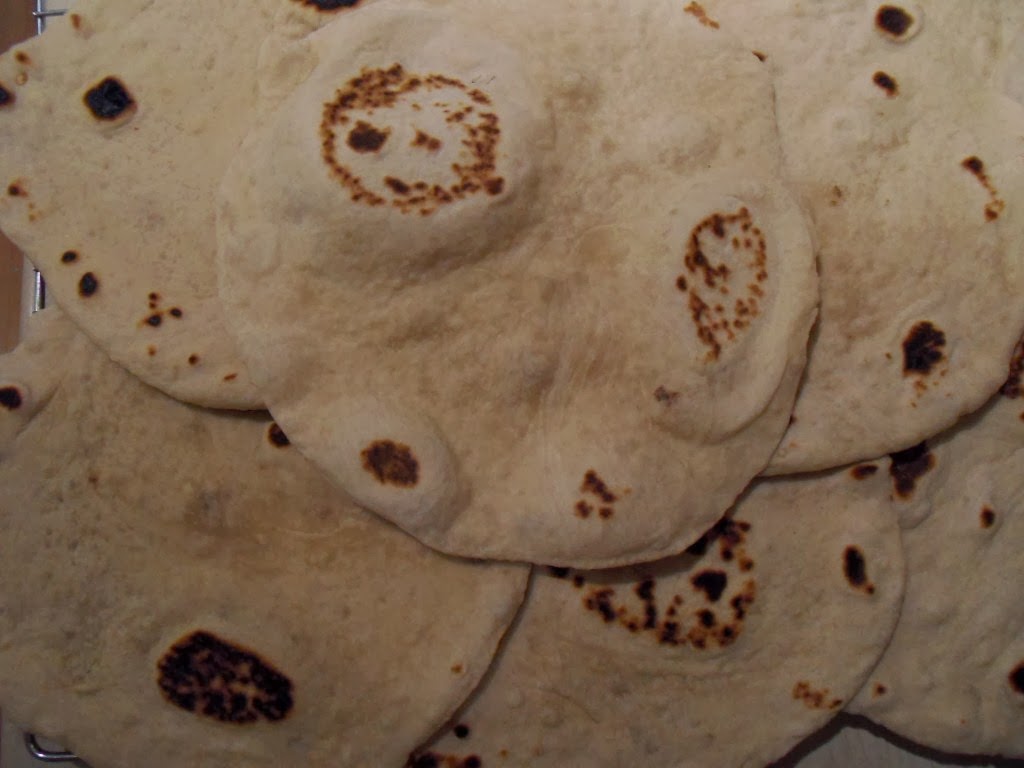 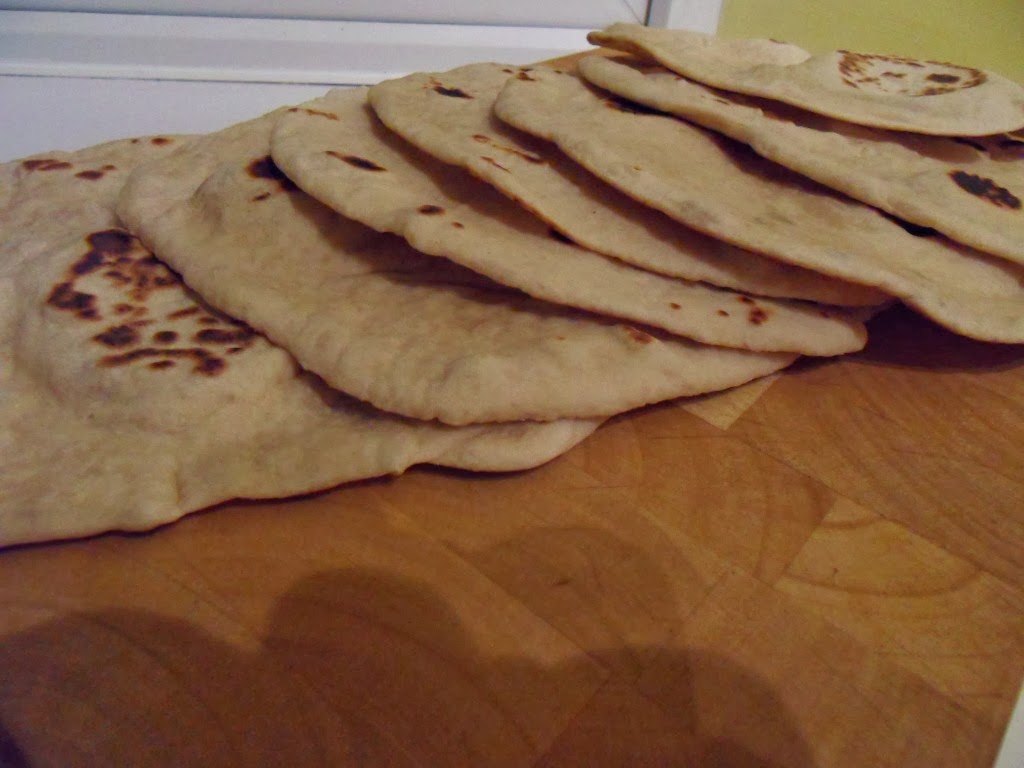 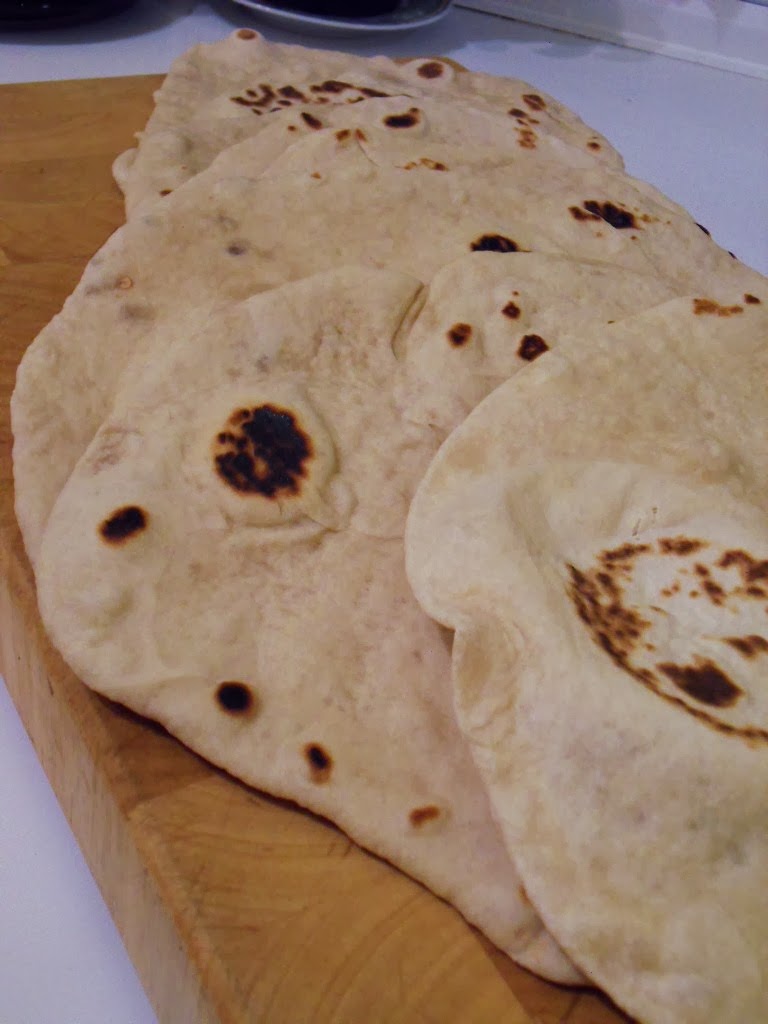 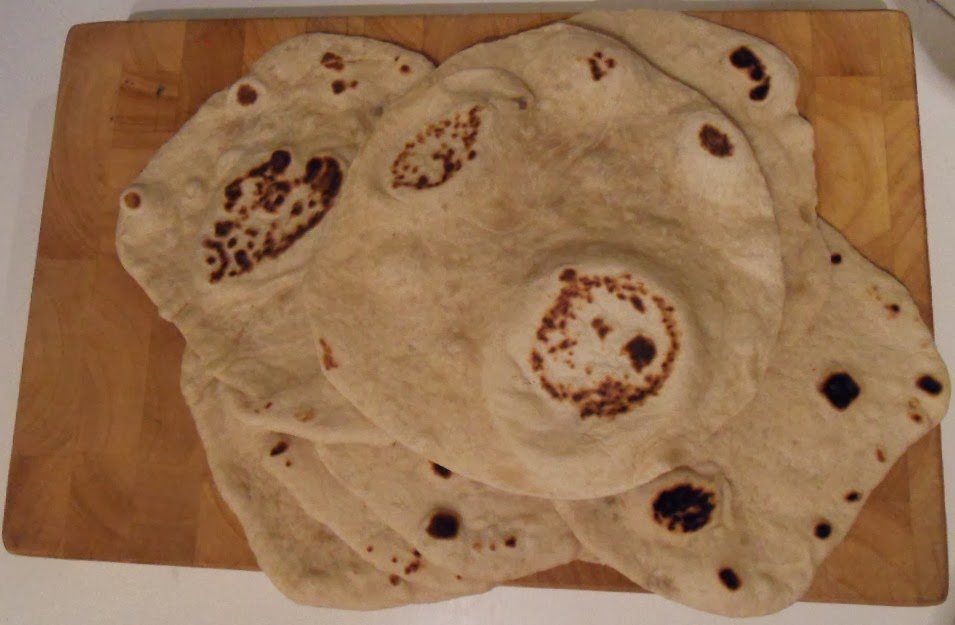 The great thing about flatbreads is that they are incredibly versatile, you can have them with whatever you want. We had ours with sticky Jamaican Pull Pork. Yumzilla! 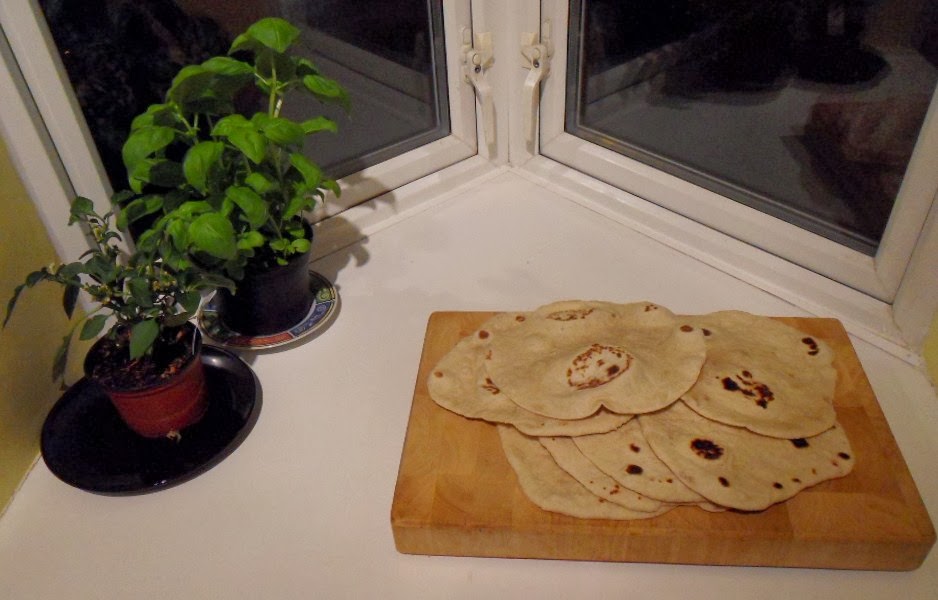 It wouldn't be a recipe with out nutritional facts: 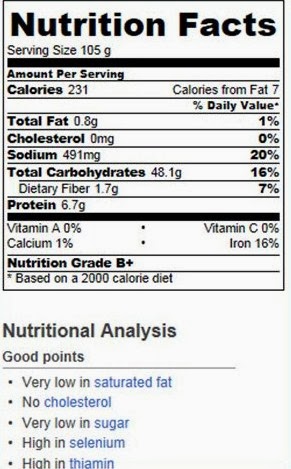