When I've had a hard day or if the weather is particularly lovely there is a little park that I like to wander around to find a little perspective; Darley Park. 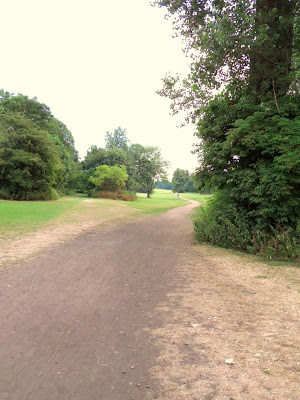 This park sits right in the centre of Derby and is a safe haven for city dwellers and country bumpkins alike. It is almost a big green that runs either side of the River Derwent, it has gardens, play parks and most importantly a little cafe that sells ice cream.

You will often find that you will start walking at one end of the park watching Kayakers paddling about in the river and playing on the weir, to watching the Derby Rowing club members gliding silently over the water at the other end of the park. There is a pub that is nestled in the village that surrounds the park and there is a Cricket Club too.

Its a lovely little place that we found ourselves (Mr M and I) at the other night. We were wandering aimlessly, chatting about nothing in particular when I noticed a little treasure lurking in the bushes. It is one of the best things in life to find something new, exciting and surprising, and this for me was it. We had managed to stumble across a natural raspberry bush! As sad as that sounds I was more excited than I could explain. Pick Your Owns were my absolute favourite as a child so anything that reminds me of those times is the mack daddy.

I have never seen a raspberry bush out in nature all unattended and wild. It was very exciting. What could possibly be better than finding natures fabulous food free to pick at your whim?

I got too excited and ransacked the bush without taking photographic evidence of the bush (I promise to go back and get a photo!) but the raspberries survived until my senses returned. 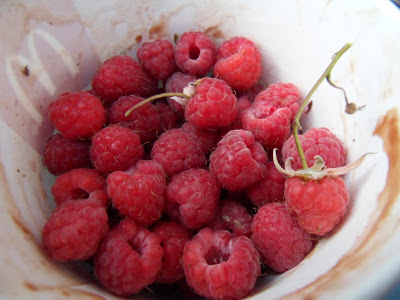 Please excuse the chocolate sauce covered pot.........I had an ice cream and the pot was the only vessel available! 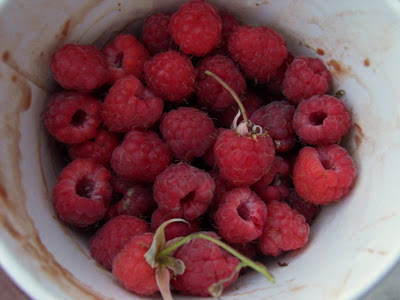 When the raspberries arrived safely at home they went in for a bath before being munched! 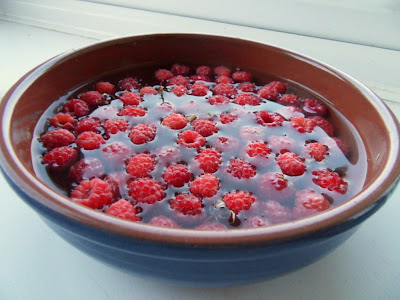 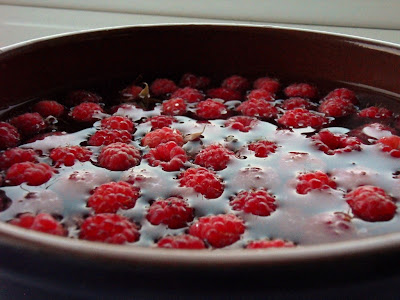